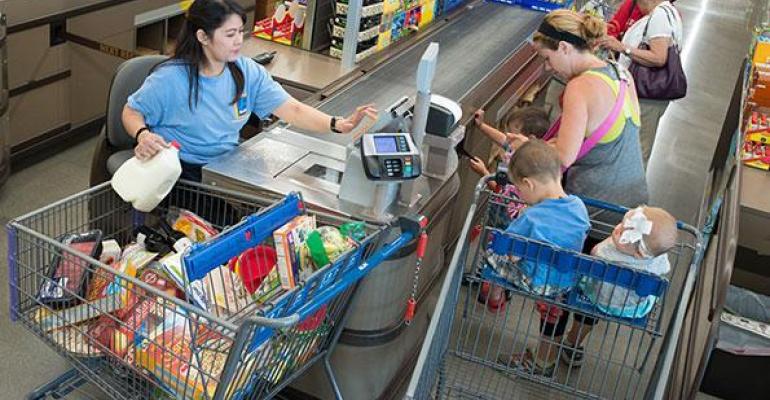 Aldi U.S. on Tuesday announced that its stores nationwide will now accept credit payments, betting that the added consumer convenience will trigger volume increases that can overcome added processing costs that come with credit. The company said the change would have no effect on shelf prices.

Until now, the efficient discounter accepted only cash, most debit cards, Electronic Benefits Transfer and Link cards for payment. In late 2014, the company began a test of accepting credit at select stores in the Minneapolis and Syracuse, N.Y., markets. At that time the company said it was evaluating the program for a potential further rollout.

An Aldi spokeswoman on Tuesday declined comment on results of the test. Officials of the Batavia, Ill.-based company were not available for comment beyond a press statement.

“As Aldi continues to evolve by expanding its product lines and moving into new markets, the way we do business will continue to evolve as well,” Jason Hart, CEO, said in the release. “We care about being able to make our customers’ shopping experiences simpler and better every time they come to see us; and offering them the convenience of using their credit cards will help us do just that.”

Aldi said stores beginning today will accept Visa, MasterCard, American Express and Discover cards in addition to the other forms of payment.

Industry sources estimate that accepting credit payments typically adds about 2% in added costs to a retailer for every order paid by credit, although that figure can vary if retailers can negotiate more favorable terms with credit card companies.

"And Aldi has a ton of leverage," Neil Stern, senior partner at McMillanDoolittle, told SN Tuesday. "They represent $8 or $9 billion of new sales available to the credit card companies."

The announcement comes only weeks before the discounter opens its first stores in California, and follows changes in assortments helping the retailer stay on-trend with changing consumer tastes and position the brand to a wider potential audience.

"What Aldi is looking at is 'How do we improve the experience for the customer and the overall appeal of our brand?'" Stern said. "Whether it's cost-neutral or not, they're looking at whether that convenience outweighs the extra costs.

"In the end this is a sign of the times, and to some degree it was inevitable," he added.

Aldi did estimated sales of around $11 billion in 2015, according to SN's Top 75. It operates 1,500 limited assortment discount stores in the U.S.