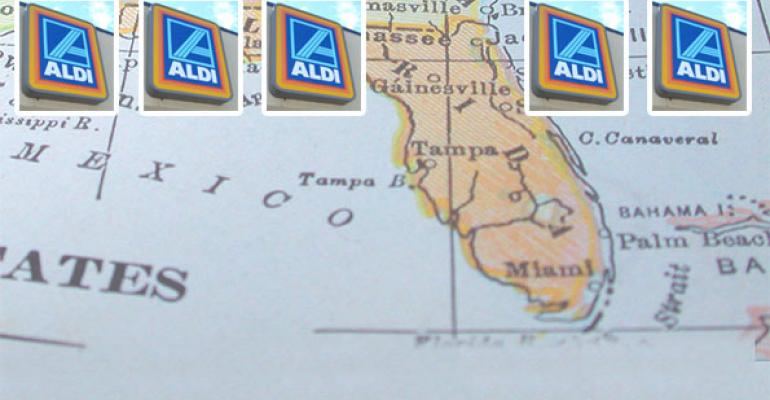 Aldi plans to add up to five new stores in Palm Beach County, Fla., by the end of next year, more than doubling the number of locations it currently operates there, local authorities said.

The Batavia, Ill.-based retailer recently established a Florida South Division based in Royal Palm Beach, where it operates a 650,000-square-foot regional distribution center.

The company this month was granted a tax exemption of $1.7 million over seven years on the value of improvements made to that facility, according to the Palm Beach County Department of Economic Sustainability. That project represented a $55 million investment and is estimated to result in a local economic impact of $112.5 million over five years, county officials said.

Aldi has committed to creating 95 new full-jobs over a three-year period at the distribution center. Its new stores will provide up to 75 new jobs, officials added.