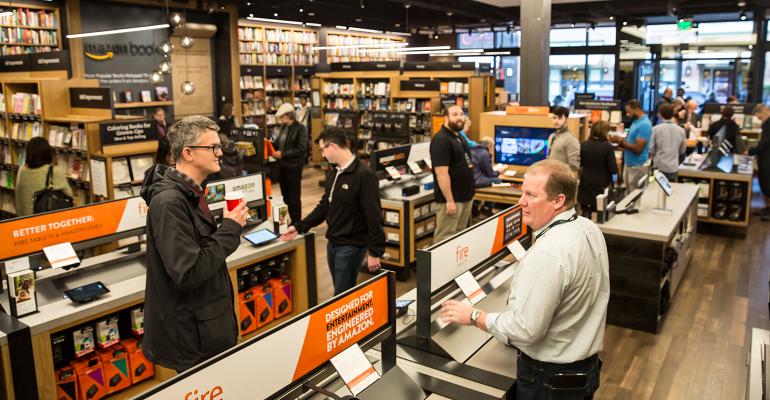 Amazon's ambitions in brick-and-mortar grocery continue to come to light, with a report late Wednesday suggesting the Seattle-based virtual retailer envisions operating 20 grocery stores by the end of 2018 and as many as 2,000 in the decade to follow.

The Business Insider report cited internal memos dating to 2014 and updated this year, and included no comment from the company. Previous reports have said Amazon is at work on at least two different kinds of brick-and-mortar grocery stores — described as convenience stores and pickup points — at sites in San Francisco and Seattle.

The Business Insider report speculates these stores would be part of a 20-store test of such units also planned for places like New York, Miami and Las Vegas before the end of 2018. The report said if this test is successful the company would look to build as many as 200 stores a year for the next decade.

Amazon's move to brick-and-mortar would suggest the chain sees the future of grocery shopping much like their physical rivals do — with a combination of virtual and physical options aiding shopper convenience, and reducing the burden of high fulfillment costs involved with delivery.

Amazon's virtual grocery shopping option, Amazon Fresh, expanded this week to new locales in Dallas and Chicago.The service is reserved for its Prime members who pay a $14.99 monthly fee on top of its annual Prime membership fee for unlimited service.

Amazon is expected to report its third-quarter earnings after the market closes today.

This story was edited so as to correct the number of stores the report said Amazon was contemplating building annually.