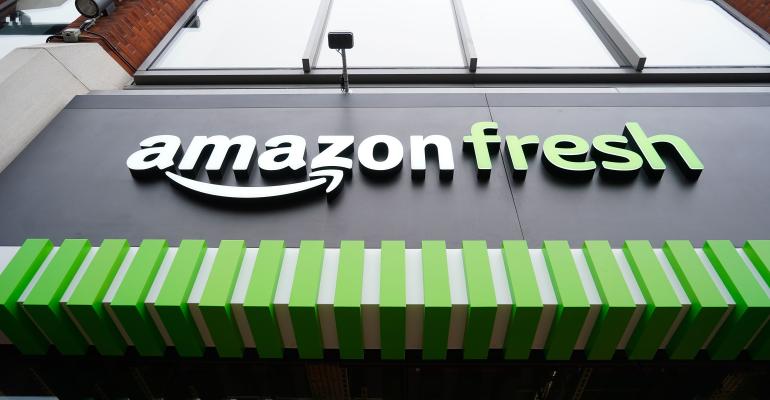 Store rollouts are tapering off following a quick start

After a steady expansion, Amazon Fresh appears to be losing momentum.

Seattle-based Amazon, which launched its first Amazon Fresh grocery store in September 2020 and proceeded to open about two new stores each month for two years, hasn’t opened a new outlet since September, according to reporting from The Real Deal, which covers New York real estate.

In addition, The Real Deal cited at least seven locations that appear to be completely built out but haven’t opened. It reported that such “zombie” stores are in a Philadelphia suburb, Southern California, Staten Island and New Jersey.

The publication said that while Amazon might be paying for rent, maintenance, and taxes at such locations, it may be beneficial for the company to avoid abandoning the outlets, which could force the retailer to pay a fee for lease withdrawal or severance to hired employees.

Amazon Fresh is currently operating 44 stores, including 18 in California; 9 in Illinois; two in Maryland; two in Pennsylvania; five in Virginia; five in Washington state; and one each in New York, New Jersey and Washington, D.C.

Jessica Martin, an Amazon spokeswoman, declined comment, noting that the company does not speak about its future roadmap.

Nevertheless, reports from Detroit-area publications said plans were underway to locate an Amazon Fresh store in Plymouth Township, as well as one in Dearborn in space formerly occupied by a Kroger outlet.

A Plymouth Township supervisor told the Detroit Free Pass that its store will be housed in a 44,000-square-foot building currently under construction.

Signage at a recently completed Tinley Park, Ill., location, meanwhile. point to a spring 2023 opening, and a village official said he was told by contractors that delays in the operation of the 38,000-square-foot store involve staffing and equipment issues and supply problems, according to a local published report.

He added that Amazon has spent millions of dollars on the property and has a long-term lease.

Amazon Fresh stores are designed to offer high-quality produce, meat, seafood, and a range of prepared foods that are made fresh in stores, along with a wide assortment of national brands. Some locations also offer unique shopping and payment procedures that enable users to skip the checkout.

They include Amazon Dash Cart in which customers scan items via cart-based cameras with payments processed as they exit through the Dash Cart lane.

In addition, Just Walk Out shopping enables customers to scan product QR codes with their smart phones via the Amazon app, and to pay with Amazon One, which identifies the shopper by a hand scan, or by connecting their account to a credit card.