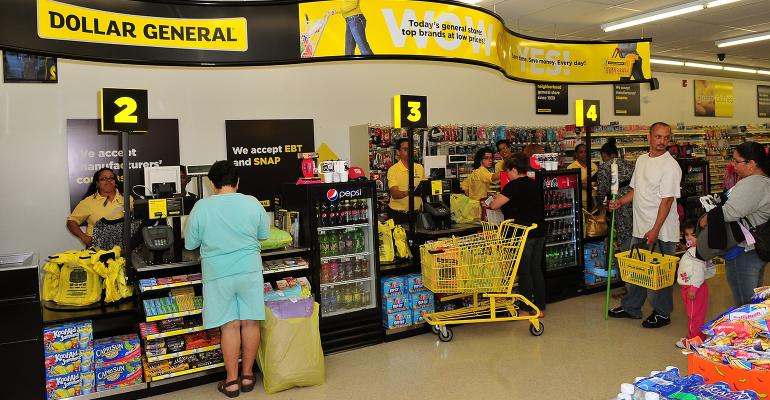 Analysis: Bottoms up for discounters as benefits fall away

While recent data from the USDA and the U.S. Census Bureau are providing signals of an improving economic picture for long-struggling U.S. families, evidence of that has been hard to find among the food retailers that serve them.

Indeed, recent remarks from executives of several U.S. food chains catering to that shopper suggest that in spite of indications to the contrary, the climate for low-income shoppers is worsening, as rising costs for health care and rents, combined with declines in the number of recipients receiving federal assistance to buy food and the monthly allotment for benefit recipients, is wiping out any effects that rising incomes and lower unemployment may be having on increased food spending.

“I know that when we look at … the overall U.S. population, it seems like things are getting better,” Todd Vasos, Dollar General’s CEO, said while reviewing financial results late last month. “But when you really start breaking it down and you look at that core consumer that we serve on the lower economic scale that's out there, that demographic, things have not gotten any better for her, and arguably, they're worse.

“They’re worse because rents are accelerating, health care is accelerating on her at a very, very rapid clip,” Vasos maintained. “And now you couple that in upwards of 20 states where they have reduced or eliminated the SNAP benefit, and it has really put a toll on her.”

The changes Vasos was referring to were those states that reinstated limits on SNAP benefits for certain individuals that had been waived during the economic downturn. This, according to the Center on Budget and Policy Priorities, resulted in 500,000 fewer SNAP recipients in April and could cost up to 1 million this year.

Competitor Dollar Tree saw its same-store sales moderate in the same period. Speaking at an investor event earlier this month, Bob Sasser, Dollar Tree’s CEO, maintained that “the low-end customer never has quite benefited in the past few years from any improvements that have come about in the economy. We’re still under pressure from that.”

Figures from the USDA, which administers SNAP, indicate that both the number of participants in the program and the average monthly benefit afforded them have seen steady monthly declines since October of 2013. This reflects both the improving economic picture for low-income persons in general and in the case of declining monthly outlays, the November, 2013 expiration of a temporary increase in maximum allotments passed as part of the federal stimulus bill in 2009, according to a USDA spokesman.

The latest USDA figures through June, showed 43.7 million persons and 21.3 million households are receiving SNAP benefits. That’s down 4.7% and 5.2%, respectively, from June of 2015. Average monthly benefits for individuals were $124.97 and $254.75 for households on SNAP in June, down 1.8% and 0.5% from the same period a year ago. Since October of 2013, average monthly benefits for individuals and households on SNAP are down by 5.9% and 7.4%, respectively.

“SNAP is designed to be responsive to the economy, and this downward trend is an encouraging sign that the economic recovery is reaching struggling families,” Kevin Concannon, undersecretary for food nutrition and consumer services for the USDA, said in a statement provided to SN. “The best way to reduce spending in the program is to continue improving the economy, connect recipients with job training and job placement assistance, and raise the minimum wage so working families can afford to make ends meet,” he added. “USDA is focused on finding innovative, cost-effective strategies to help even more recipients find and keep gainful employment, at a wage that enables them to support their families.”

U.S. Census Bureau figures released last week support the notion that the economic picture is improving for lower income shoppers. It said the U.S. poverty rate fell to 13.5% in 2015 from 14.8% in 2014, the largest annual percentage point drop in since 1999. The report said the weighted average poverty threshold for a family of four in 2015 was $24,257.

While improving conditions for low-income shoppers would seem to favor discount retailers, they apparently are still struggling to overcome the loss of benefit participants.

"If a person went from being just above the threshold to receive benefits to just below it, you wouldn't think that would mean they could go out and spend 30% more at Whole Foods," Jim Hertel, managing partner at Willard Bishop, told SN.

Some retailers say fewer shoppers receiving federal assistance is but one challenge facing them today. A change in cadence of benefits — a move among many states to stagger the dates their benefits are issued instead of the customary first-of-the-month — has upset buying patterns and subsequently the retailer’s ability to forecast sales and labor.

“Old school, you’d get your dollars the beginning of the month, people would have cash and be able to buy fresh items as the month begun and dollars would run out buy the end of the month,” Mark Gross, CEO of Supervalu, explained in an investor conference this month. “Today states across the country have spread it out, sometimes by where you live in the state or more likely, where your name falls in the alphabet, on when you get your dollars. That creates a degree of difficulty.

A USDA spokesman characterized spacing out benefits as a positive for stores: “Although staggering SNAP issuance over the course of the month is not a federal mandate, the Food and Nutrition Service believes that doing so benefits SNAP clients in the long run by avoiding surges in customer traffic at SNAP retailer locations, making it easier for stores to stock healthy and nutritious foods at competitive prices throughout the month and facilitating a more positive shopping experience for SNAP clients overall.” 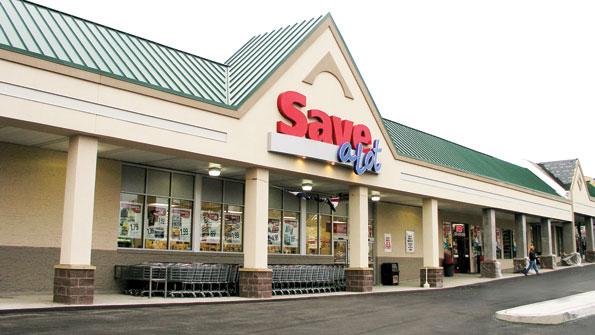 Gross, whose company operates the Save-A-Lot discount chain, acknowledged that challenges associated with the of the cadence of benefits were “manageable,” but added “the more difficult piece has been the elimination of families from benefits, and the reduction of benefits for those still on. That has proven difficult at Save-A-Lot and hit our [conventional] banners that have a larger percentage of lower-income shoppers.”

Quarterly same-store sales at Save-A-Lot have been negative for five quarters — dating to June of 2015. Earlier this month, Supervalu pre-reported a further deterioration in same-store sales in its most recent quarter, citing, among other things, declines in SNAP recipients.

Other factors are clearly playing a role as well. Food price deflation has been especially difficult at Save-A-Lot, officials note. Wal-Mart Stores has seen a slight uptick in its sales coinciding with a program of pricing actions following improved store conditions. And there has been rapid expansion among privately held discounters such as Aldi and Grocery Outlet.