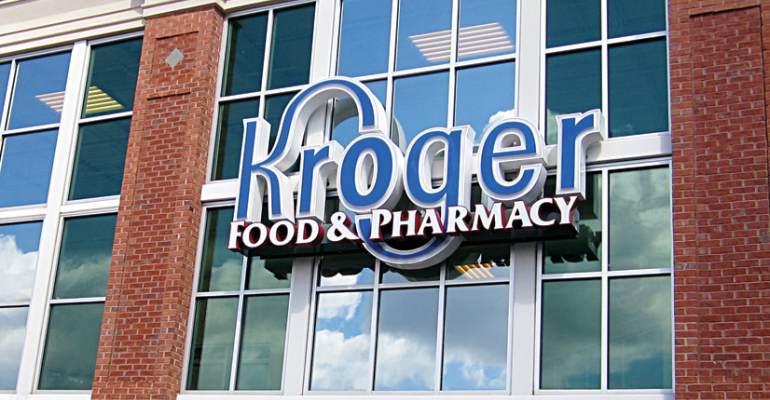 The industry is still awaiting the fate of hundreds of Walgreens and Rite Aid stores that need to be sold as a condition of the drugstore megadeal, but analysts who gathered at SN’s offices last month were intrigued at speculation that Kroger could be a buyer.

“It does seem like Kroger wants to get bigger in that business,” said Scott Mushkin, managing director, senior retail/staples analyst, Wolfe Research. “They just bought their second specialty pharmacy operator. I think they had standalone drug stores a long, long time ago, so it would be interesting to get back into the business, but I think there’s something to that rumor.”

In July, Kroger announced it had acquired Modern HC Holdings and merged it with its Axium Pharmacy business to create a combined specialty pharmacy that operates as a wholly-owned subsidiary. The move expanded Kroger’s specialty pharmacy medications and services, creating a one-stop pharmacy shop for its customers.

Ajay Jain, a Pivotal Research analyst, noted Kroger has exhibited a recent willingness to look at such growth vehicles, and said the forced divestitures could create a buyer’s market.

“You’ve got a motivated seller and you could get it for below market multiples,” Jain said. “I think that would be an interesting angle.”

But earlier this week, reports about Kroger passing on divested stores surfaced. They cited sources who said that the Federal Trade Commission disapproved of a Kroger plan to purchase some Rite Aid stores, close them and move these operations within existing Kroger stores. When asked about Kroger’s plans, a company spokesman said he could not comment.

“I haven’t discussed it with the company, but when I first saw this story I was thinking why? Why do they need it? I'd understand if they bought Rite Aid for the customer accounts and transferred them to their stores and closed the Rite Aid stores. Kroger doesn’t need the small format. I don’t think that’s Kroger’s thing.

“Kroger also doesn’t like projects so to speak, such as broken companies or broken stories that need to be fixed up, and Rite Aid has been an under-performer for many years so I think that’s part of it as well,” Feldman added.

While reporting fourth quarter results Thursday, Walgreens said it believes that it will be able to execute agreements to divest between 500 and 1,000 stores to potential buyers, pending FTC approval, by the end of the year. It now expects its Rite Aid acquisition will close in early 2017, rather than year’s end.