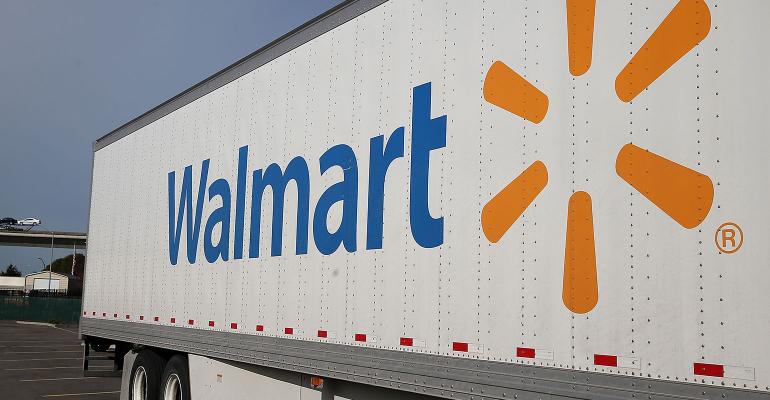 A market braced for disappointment got a small surprise Tuesday when Wal-Mart Stores hit its quarterly sales targets and reported earnings slightly above analyst estimates.

“Comps were in line with sell-side expectations, but recent reports from other retailers had prepared investors for softness at that did not materialize,” Meredith Adler, an analyst for Barclays Capital, said in a note to clients after Walmart reported U.S. sales gains of 3.8% and non-fuel U.S. comps of 1.5%. The figures included what U.S. CEO Greg Foran called “the best top-line results of the year” in food, despite an impact of 90 basis points of price deflation, and comps of around 8% at Neighborhood Market stores.

Currency-adjusted overall revenues for Walmart increased by $3.4 billion or 2.8% in the quarter. “We are a growth company and we are growing,” CEO Doug McMillon said.

Analysts however, aren’t buying the momentum quite yet. Many expressed fears that Walmart could encounter issues sustaining sales particularly as investment in price and new store builds give way to ongoing spending behind store service and e-commerce. As reported previously, Walmart officials last month said they did not anticipate making substantial price investments until it is satisfied its store conditions have improved, while also reigning in the pace of new store openings. This may create what BMO Capital analyst Kelly Bania called a “benign” competitive environment, as likely to benefit competitors as Walmart.

“We acknowledge that [low single-digit] U.S. grocery comps is an improvement … yet we believe one quarter does not make a trend,” Bania wrote in a note to clients. “Despite the one quarter of modestly improved grocery comps, we continue to believe that traditional supermarkets are benefiting from a diminishing competitive threat from Walmart given continued underperformance in U.S. grocery same-store sales, slowing Supercenter openings (2016 expected to be at a 16-year low) and a significant reduction in Neighborhood Market growth.”

Scott Mushkin of Wolfe Research called Walmart’s sales improvement “underwhelming” given the magnitude of investments in store conditions including $1.2 billion in higher wages for workers the company spent this year. Driving better financial results on higher gross margins, he added, was "a curious strategy for a company that has let its number one competitive advantage of price leadership atrophy."

While Walmart wasn't apologizing for beating expectations in the quarter, Foran acknowledged “we are in the early stages of our journey,” and guided to modest sales growth expectations of 1% during the current fourth quarter, citing among other concerns, more difficult year-ago comparisons due to lapping rapid gasoline deflation. “We are confident in our plan, and we’re executing against it,” he added.