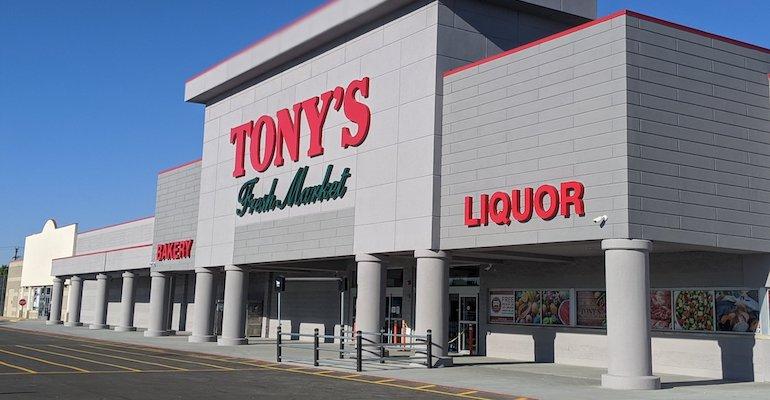 Financial terms of the transaction weren’t disclosed. New York-based Apollo said Wednesday that, going forward, Tony’s Fresh Market’s founding family will remain partners in the business, serving in management roles and as shareholders. Tony’s was founded in 1979 by Italian immigrants Tony Ingraffia and Domenico Gambino, who opened their first store at Fullerton and Central Park avenues in Chicago.

“My family has been feeding our communities for generations and are incredibly excited to partner with Apollo to build upon that legacy of fresh and healthy food, at an affordable price and delivered with respect to the many cultures of our customers,” Tony’s Fresh Market CEO Frank Ingraffia, the son of co-founder Tony Ingraffia, said in a statement.

Founded in 1979, Tony's is known for its large selection of fresh produce, prepared foods and multicultural offerings.

In announcing the acquisition, Apollo described Tony’s as a “unique specialty grocer” and noted that the chain holds a “differentiated position in the market” with its wide assortment of fresh produce, prepared foods and multicultural offerings. In addition, Tony’s plays a key role in the local economy and communities it serves, sourcing products from more than 400 vendors, Apollo added.

“Tony’s is a market leader that’s built an incredible reputation in Chicago, known for its high-quality foods and differentiated offering that includes international food options and commitment to customer service,” according Apollo partner Andrew Jhawar. “Having spent more than 20 years leading Apollo’s private equity investments in grocery and retail, I firmly believe the business is poised for strong organic growth, and together we see additional opportunities to support Tony’s through go-to-market execution, customer loyalty programs, e-commerce and more. Tony, Frank and the broader team have built an incredible business, and we look forward to leveraging our extensive expertise to support their continued success.”

Jhawar told the Chicago Tribune that Tony Ingraffia will be a shareholder and board member, and that Tony and Frank Ingraffia and some other family members will have “a significant equity investment” in the company. The Tribune reported that Gambino is retiring but his family will remain involved in the business.

Apollo’s supermarket investments over the years have included Albertsons Cos., The Fresh Market, Sprouts Farmers Market and Smart & Final, among others.

“We are focused on tackling the persistent challenge of access to healthy and affordable food, particularly in underserved communities,” stated Apollo partner Joanna Reiss, who serves as the firm’s co-lead for impact investing. “With our investment in Tony’s, we are proud to support a high-performing company that is increasing access to quality, affordable groceries in a broad swath of neighborhoods, as well as donating to local food banks to fight hunger. We hope to further strengthen and scale Tony’s, and by doing so achieve strong financial performance alongside even greater impact.”

Frank Ingraffia told the Tribune that Tony’s has three new stores planned, including locations in Chicago, Joliet and Schaumburg, Ill.