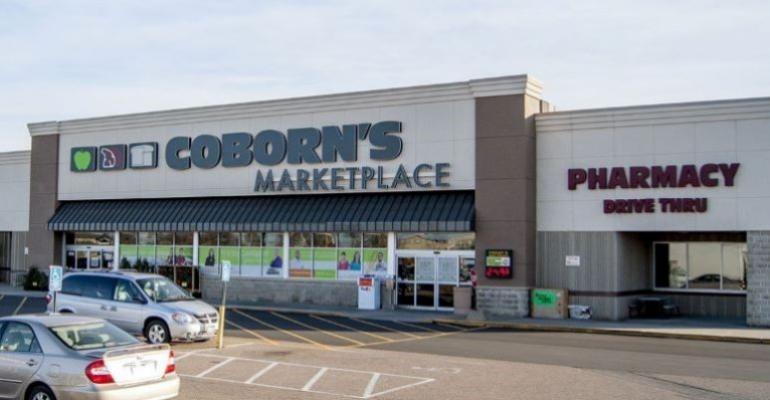 Midwestern grocer Coborn’s is slated to shift to Associated Wholesale Grocers (AWG) as its primary wholesale supplier starting next year.

Plans call for AWG to begin grocery shipments to St. Cloud, Minn.-based Coborn’s in January, the companies said. The supermarket chain will be served via AWG’s new Upper Midwest Division in St. Cloud, situated in the former Creative Memories warehouse facility in the city’s I-94 Business Park. Fresh and frozen products will be shipped temporarily from AWG’s Nebraska and Great Lakes Divisions.

The addition of Coborn’s dovetails with AWG’s plan to create a ninth full-line wholesale division. Later in 2022, Kansas City, Kan.-based AWG — the nation’s largest cooperative food wholesaler to independent supermarkets — expects to finish construction of a new fresh and frozen warehouse, at a location yet to be determined. The new facilities will provide more than 650,000 square feet of warehouse space and accommodate full-line distribution of products to Coborn’s and other AWG member stores in the region, the wholesaler said.

Also, after a site is selected for the new fresh and frozen warehouse, AWG said it plans to expand into a single, automated facility of up to 1 million square feet, based on retail demand.

“The upper Midwest is home to Coborn’s and other extraordinary independent grocers. We have experienced strong growth in this region, but distance and distribution costs weren’t favorable for our members or us,” AWG President and CEO David Smith said in a statement. “We believe this new division will be a game-changer for grocers in the area and will quickly become our highest-growth division.”

Coborn’s, which marks its 100th year in 2021, operates 59 supermarkets stores across Minnesota, North Dakota, South Dakota and Wisconsin under the Coborn’s, Cash Wise Foods, Marketplace Foods and Hornbacher’s banners. The company’s retail network also includes stand-alone convenience stores, liquor stores and pharmacies, for a total of about 130 outlets. Coborn’s, too, operates its own central bakery, dry cleaning facility and grocery distribution center.
“We are excited to embark on this new partnership with AWG and to be a part of their plans to expand into Minnesota,” stated Chris Coborn, chairman, president and CEO of Coborn’s. “This partnership provides Coborn’s a strong wholesale partner and positions our company well for future long-term growth and stability.

“As an employee-owned company, we are proud to join the AWG co-op, which allows us to continue to serve our guests in a remarkable way,” he added. “As community members, we are also pleased about the additional jobs this will create for Central Minnesota.”

“Coborn’s is one of the nation’s top independent grocers, with a rich history and impressive 100-year track record of retail excellence and growth while serving and supporting their communities,” Smith commented. “We’re very excited to welcome Coborn’s to the AWG cooperative family, and it’s a blessing to know that we can now support them as they enter the next century of their history.”

Overall, AWG now serves more than 1,000 member companies and over 3,100 community supermarkets in 28 states through eight full-line wholesale divisions. Its consolidated sales were $10.6 billion in 2020, and member retail sales total about $22 billion annually.