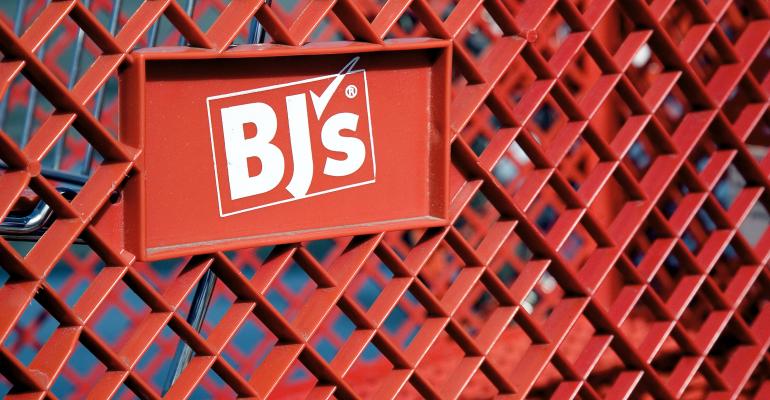 BJ’s Wholesale Club Holdings reported strong momentum behind both its grocery offerings and its gasoline business, helping drive sales gains of 12.3% in the third quarter.

Comparable-store sales for the 13-week quarter, which ended Oct. 29, were up 9.7%, or 5.3% excluding gas. The gains included comp-store growth of about 6% in grocery, perishables, and sundries, where the company said it continues to increase market share.

“Our grocery business remains strong, and we believe we can continue to gain market share because of our intense focus on value,” said Laura Felice, executive VP and chief financial officer, in a conference call with analysts Thursday.

Inflation remains high, she said, although prices have eased on some commodities, including chicken, milk, and cheese.

Looking ahead, the Marlborough, Mass.-based warehouse club operator said it’s likely that inflation will continue into next year, although “at a moderating pace.”

Despite record-high gas profitability in the third quarter, BJ’s said it experienced margin pressures from supply chain costs and general merchandise discounts. The company said it leveraged the increased gas margins to fund lower prices on in-store merchandise and to conduct more marketing, both to drive product sales and attract membership.

Among the notable trends during the quarter was strong demand from lower-income customers, the company said. While average sales per member and number of trips per member grew across all member income levels, the lowest-income segment showed particular strength in the quarter, Eddy said.

Generally, BJ’s has found that spending among lower-income consumers correlates with increases and decreases in government benefits, but the company has not seen that trend happening this year, he said.

“I think we have convinced that lower-end consumer of our proposition, and they are using different dollars today than what they get from the government, because they believe our value story,” said Eddy. “They believe that we are saving them money, and we are.”

Digitally enabled sales were another highlight of the quarter, growing 43%, year-over-year. Online ordering with curbside pickup accounts for about 60% of the company’s buy-online, pickup-in-club (BOPIC) business, Felice said.

“Our curbside delivery offering continues to resonate with our members,” she said.

The company also said its new-store development program is yielding strong results, and it plans to continue an aggressive expansion pace, split about 50-50 between new and existing markets.

It has opened seven new stores already this year, including its first in Indiana, in the Indianapolis suburb of Noblesville, last month. It also recently entered the Columbus, Ohio, market, with a store in New Albany, Ohio.

This weekend it is scheduled to open a store in Wayne, N.J., in the suburbs of New York City, where it has a strong presence.

BJ’s forecasted unit growth in the 4-5% range for the foreseeable future, in what Eddy described as a phase of “dramatically accelerated unit growth.”

“Our pipeline is very healthy at this point,” he said. “We feel like we’re going in the right direction, and all the clubs we’ve opened in the last few years have outperformed what we thought they would do, so that gives us a ton of confidence to continue to keep our foot on the gas from a real estate perspective.”

Earlier this year, the company took its perishables distribution in-house though the acquisition of four cold warehouses and their transportation fleets from longtime partner Burris Logistics.