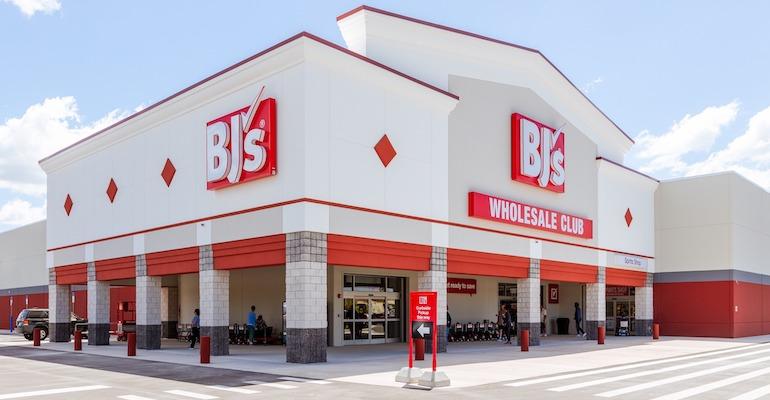 CEO Robert Eddy says, ‘These are the times the club industry was made for’

Comparable-club sales jumped 14.4% year over year in the 2022 first quarter but were up 4.1% excluding fuel sales, BJ’s reported. A year ago, comp-store sales edged up 0.3% yet were down 5% excluding fuel, following a 27% surge in the 2020 first quarter that was driven by a spike in consumer demand with the onset of COVID-19.

“Our performance in the first quarter was strong as we navigated what is already shaping up to be another dynamic year here in 2022,” BJ’s President and CEO Robert Eddy told analysts in a conference call on Thursday.

“Our comps were significant by gains in traffic and market share, and our sales were led by our grocery and perishable categories,” he said. “The current consumer environment in the gasoline business drove continued increases in comp gallons up 23% versus last year and up 51% on a two-year stack basis. This dramatic increase in market share and the rapidly increasing price of gasoline during the first quarter drove traffic into our clubs, as members continued to recognize the value of their BJ’s membership.” 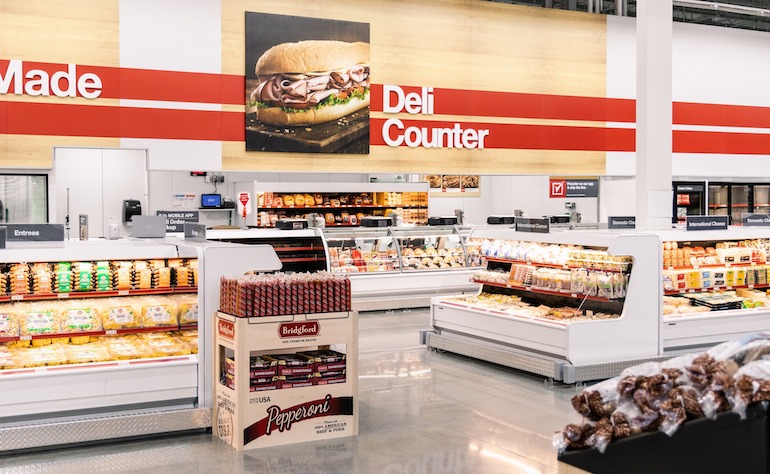 Comp sales in grocery climbed about 15% in the first quarter, with fresh foods among the catalysts, BJ's reported.

Chief Financial Officer Laura Felice also noted in the call that grocery was a comp-sales catalyst in the first quarter.

“Merchandise comp sales, which exclude sales of gasoline, increased by over 4% and were driven by traffic growth. Our two-year stack was negative 1%, reflecting a three-year stack of over 26% as our business continues to settle into a higher normal base than pre-pandemic levels,” Felice explained. “Comps in our grocery, perishables and sundries division grew by 7% in the first quarter, which equates to down approximately 3% on a two-year stack and up nearly 30% on a three-year stack. This division was led by continued strength in our food business, and particularly in groceries, where comps were approximately 15% in the first quarter, and up 3% and nearly 36% on a two-year and three-year stack, respectively.”

“We are driving robust growth across all of our digital channels, particularly in both BOPIC [buy online, pick up in club] and curbside. We also continued to expand the way in which our members conveniently shop. We know that digitally engaged members tend to have higher average baskets and shop with us more frequently, and members who make more trips have a higher likelihood of renewing,” Eddy said.

“Our growth in digitally enabled sales continued as we develop new offerings like our partnership with DoorDash and strive towards frictionless shopping. We believe that adding convenient shopping offerings to the significant value offered by the club channel is a long-term winner,” he added. “We also launched Same-Day Select in the first quarter, which offers BJ’s members the ability to pay a one-time fee for either unlimited or 12 same-day grocery deliveries over a one period. While it’s still in the early days, we are encouraged with the adoption rates and thrilled to see our efforts resonating with our the members.”

Digital sales rose 26% in the first quarter on top of a 31% uptick a year ago.

BJ’s ended the first quarter with 227 warehouse clubs and 159 BJ’s Gas stations in 17 states, compared with 221 clubs and 151 fuel stations a year earlier. The quarter included the debut of BJ’s Market, a new small-format club in Warwick, R.I.

“We remain on track with our real estate plans, and our confidence in our expansion strategy continues to grow with each new club opening,” Eddy told analysts. “Year to date, we have opened three new clubs and two new gas stations. This includes our small-box pilot BJ’s Market in Warwick, R.I. BJ's market is about half the size of [a standard] club. It will serve as a place where we can test assortments, displays, product demonstrations and convenience initiatives and then apply those lessons across the broader portfolio to strengthen our operations over time. We continue to expect to open a total of 11 new clubs this year and see a path to opening another 10 next year.”

Analysts, on average, had forecast adjusted earnings per share of 71 cents, with estimates ranging from 62 cents to 81 cents, according to Refinitiv.

“These are turbulent economic times. Inflation is continuing. Gasoline prices are high, and last year’s stimulus benefits are winding down. In light of all this we have continued to invest in our value proposition,” Eddy said. “In fact, our internal competitive-prices benchmark shows our pricing positions have improved over the past few quarters. A good example is our signature rotisserie chicken, which at $4.99 maintains industry-leading pricing despite robust inflation impacting this item. We made similar investments in select categories such paper and water, which we know are key member value items. These are the times that our business and the club industry overall was made for. When consumer wallets are pressured, they search for value. When they search for value, they come to us. We believe we are well-positioned for the future.”