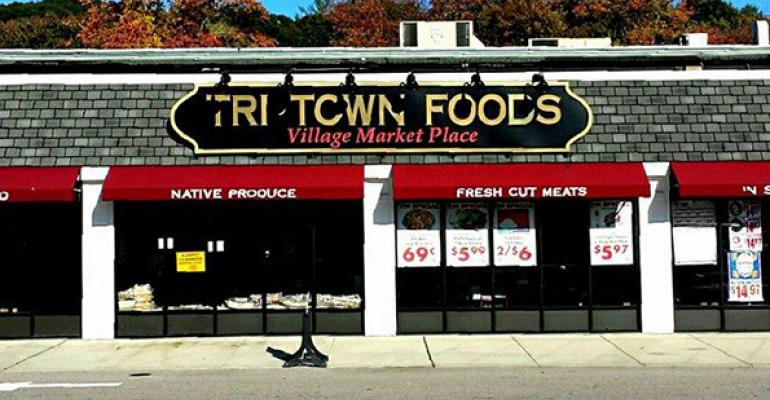 Tri-Town Foods, a two-store IGA operator in Colchester, Conn., has been acquired by Intercontinental Holding Co., an affiliate of Tri-Town’s supplier, Bozzuto’s Inc.

Tri-Town Foods operates stores in East Lyme and Portland, Conn. Intercontinental Holding operates 12 supermarkets in New England under the Adams Hometown Markets, Better Val-U Supermarkets and Jerry's Market banners. Stores are expected to continue to operate as Tri-Town Foods for the time being.

“While this was not an easy decision, this transaction provides the best opportunity for our employees to continue serving our communities and for Tri Town Foods to remain the ‘Best in Local’ moving forward for years to come,” Edward “Rick” Sharr Jr., president and CEO of Tri-Town Foods, said in a statement.

Tri-Town Foods was established in 1969 by Edward Sharr Sr. when he took over the operation of the Tri Town Supermarket in Colchester. Joined by his son Rick in 1974, a second Colchester store was opened. In 1988 the company expanded to Portland. In 2002 the company opened an additional market in East Lyme, as well as adding Kevin Brouillard and Jack Fitzpatrick to the organization as partners.

Tri-Town Foods is a long time IGA member having received several food industry awards including being selected the IGA International Retailer of the year in 2005.

Intercontinental Holding was established in 1996 when it acquired nine Edwards Super Food stores and re-opened them as Adam’s Super Food Stores, named for the founder of Bozzuto’s Inc., Adam Bozzuto. The stores focus on fresh, quality product and friendly personalized service for its customers. Bozzuto’s president and CEO Michael Bozzuto is also president of Intercontinental Holding. Both entities are based in Cheshire, Conn.