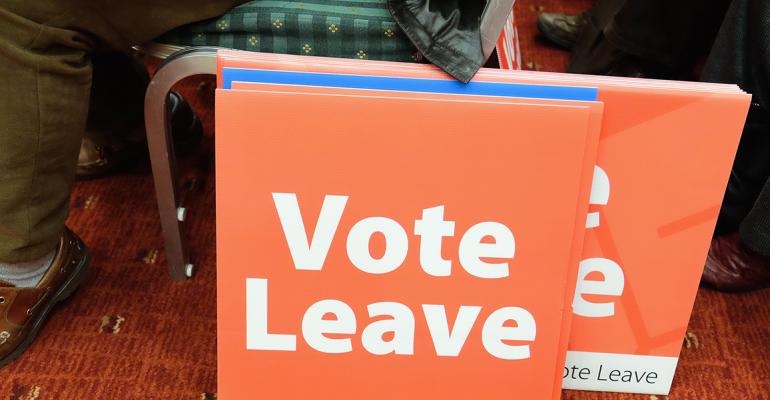 Brexit to pressure U.K. grocers, but discounters could find advantage

Last week's surprise Brexit vote in the United Kingdom could trigger additional difficulties for native grocers in competition with efficient foreign discounters Aldi and Lidl, as well as U.S. companies like Amazon and Walmart, according to a newly published analysis from Kantar Retail.

According to Kantar, U.K.-based grocers are likely to be adversely affected by a weaker pound:euro exchange rate limited their ability to import in the short term.

"Nearly all retailers will look inward to source locally and we at Kantar Retail feel that the retailers that have done the best job of cultivating good relations with British farms and fisheries will do better than their peers in the immediate term."

This, however, also tends to favor limited-assortment German discounters like Aldi and Lidl, each of which have stepped up their fresh offerings behind relationships with local farmers, Kantar argued. "They have been the most proactive in driving provenance and localism, with Aldi implementing a 100% British fresh meat policy," Kantar said. "This heightened relationship with British farmers means they are in a stronger position than their rivals in the immediate term."

In addition, Kantar said, capital spending by those retailers is likely to go farther as the value of the pound drops relative to the Euro. "Aldi and Lidl are certainly primed to be the least affected retailers. Indeed they may be the ones to benefit in the short and medium term."

Brexit effects may also favor U.S.-based companies like Walmart (owner of U.K.'s struggling Asda chain), Costco and Amazon, relative to their Britain-based contemporaries. These companies will not only benefit from the exchange rate changes "but will likely be hedging their exposure to lower profits and revenues coming from the U.K.," Kantar said.

"This will be good for Walmart as Asda has performed extremely poorly in the last six months. For Amazon and Costco the size of the U.K. business is still small enough to be of lower concern."

Don't discount Aldi when it comes to disruption
Jun 09, 2016