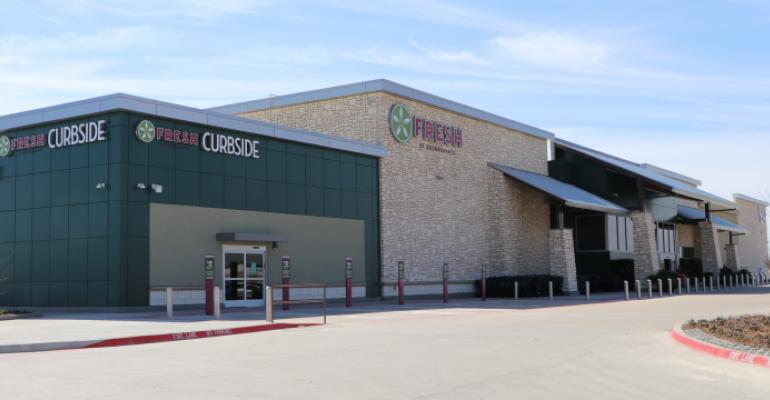 According to the company, “FRESH strives to be the best place to shop, dine, explore, and taste. This is brought to life by the dedicated employee-partners, the exceptional products, the partnerships with local vendors and the focus on community.”

The FRESH store in Fate is the second store under the banner, with the first opened in Tyler, Texas, in 2011.

“We are very excited to be a part of the Fate community and to be celebrating the grand opening of our FRESH store after years of working toward this goal,” said Brad Brookshire, chairman and CEO of Brookshire Grocery Co. “We’ve selected a great team, led by General Manager Kevin Westbrook, to provide outstanding service for our guests. Fate truly brought us here. The welcoming from the Fate community has been unlike any other and we look forward to many years ahead serving our neighbors.”

Other features of the new store include foodservice options such as an authentic Asian and sushi counter, a Mexican taqueria bar and a brick-oven authentic-Italian pizza station; an artisan bakery; full-service meat and seafood counter; a charcuterie and cheese selections; fresh produce with a large variety of organics; a full-service floral shop; a gourmet coffee bar; hand-crafted gelato; fuel center; outdoor grill and bar; and live music and entertainment.

“The seeds of the partnership between the City of Fate and FRESH were first planted in 2013 and have been cultivated over the years to become the fruit of this very special store we see today,” said Fate Mayor David Billings. “This unique, second-of-its-kind store is the culmination of work by so many individuals — former mayors, council members, commissioners, board members, city staff, developers, partners, vendors and tradesmen and women who, brick by brick, made this grand opening possible.”

Brookshire Grocery Co. operates more than 200 stores under the Brookshire’s, Super 1 Foods, FRESH by Brookshire’s, Spring Market and Reasor’s banners, along with three distribution centers and a corporate office in Tyler, Texas.