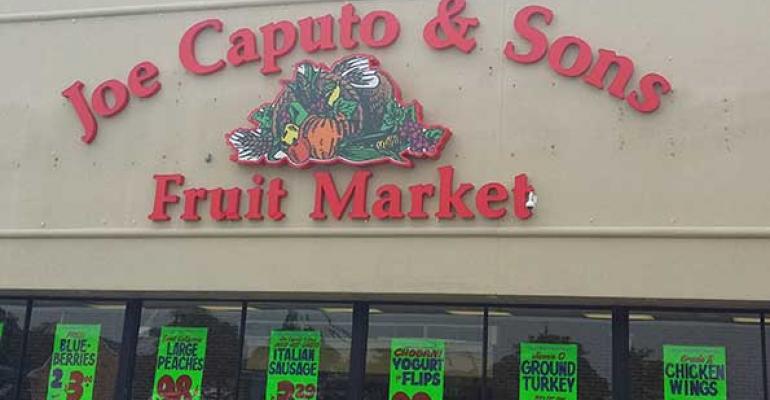 Caputo & Sons stores to be auctioned next month

Joe Caputo & Sons IGA, a Chicago-area independent that planned to grow in store locations left behind by Dominick's, will auction its remaining three stores next month.

Paine Wetzel Worldwide and Murray Wise Associates said Monday they had been retained by a trustee to sell the retailer's real estate, stores, fixtures and inventory on May 12. The stores — which reportedly will continue to operate until the auction — are located in Algonquin, Palatine and Des Plains, Ill.

Beset by heavy debt, Caputo & Sons last year closed supermarkets in Northbrook, Ill., and Arlington Heights, Ill., late last year, and closed a store in Elk Grove Village earlier this year. Caputo had acquired those locations — all former Dominick's stores — from Safeway in 2014 when it exited the Chicago market.

Caputo & Sons, based in Palatine, is a separate company from Angelo Caputo's Fresh Market, Carol Stream, Ill., which also acquired sites from Dominick's.

"Our goal is to maximize the value of these assets with minimal disruption to the ongoing store operations. A public auction will make it possible to achieve the highest value possible for the creditors in a timely way," Marcus said. “This path forward will provide the greatest opportunity for these locations to continue to serve their neighborhoods.”