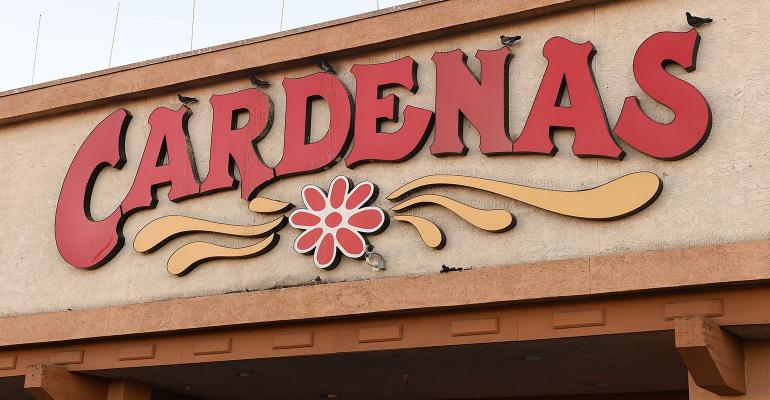 It’s strategy that may establish it as the Hispanic market front-runner.

“We’ve grown 50% in just the last six months,” said John Gomez, the company’s CEO. “We’re going to be the largest Hispanic, not just grocery store, but retailer in the country.”

Gomez discussed the strength that comes from marketing to a demographic as “vibrant and growing” as the company’s Hispanic base.

He feels that the important roles played by both food and cooking in the culture have allowed his brick-and-mortar stores to thrive despite the rise of digital shopping.

“So much of our business comes from the perimeter of the store,” Gomez said. He stressed the need for fresh meats, produce and breads in authentic Hispanic cooking.

“Those are things that are very difficult to buy outside of the store.”

Gomez, who most recently served as EVP of marketing and merchandising at Trader Joe’s, concedes that the center store can be an Achilles heel for traditional grocers but Cardenas’ business model allows it to resist digitally induced downturns to packaged goods.

He also admits that it’s an area that could use more attention in the near future.

“The majority of our business comes from our perimeter,” said Gomez, adding that center store products make up “considerably less than half” of what the company brings in.

“I actually think that we can grow it with a better selection. Regardless of what happens outside of our company, we can actually take a step up by managing the grocery category even better.”

Cardenas Markets LLC is the result of the recent merger between Cardenas Markets and Mi Pueblo Food Centers after the same private equity firm, KKR, backed the two stores in the fall of 2016.

While both banners are used at this time, Gomez said that the company is considering using only the Cardenas brand and operating model in the near future and shedding the Mi Pueblo label.

Based in Ontario, Calif., Cardenas Markets currently has 47 stores with 15 being from the former Mi Pueblo network and one a result of the merger.

The company is currently only operating on the West Coast and along the Southwest but hopes to expand towards the East in the future.