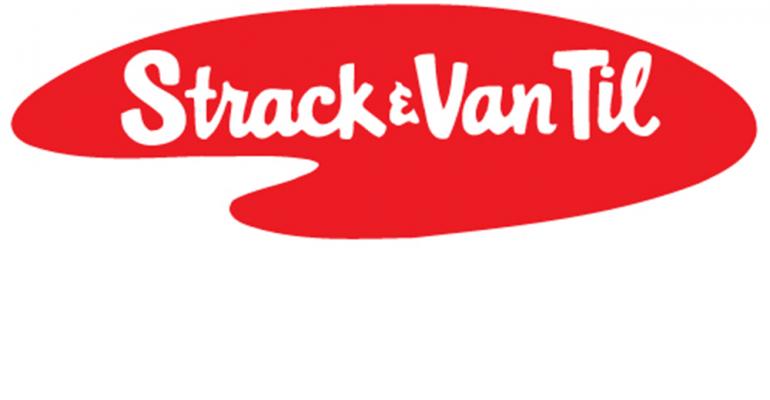 Central has offer for 19 Strack & Van Til stores

Central Grocers has an offer from an unnamed strategic competitor to acquire 19 Strack & Van Til stores but was unable to complete an auction of those stores before filing for Chapter 11 bankruptcy protection Thursday, the company said in a disclosure statement.

However, member deflections and tightening terms from suppliers — including the filing of an involuntary Chapter 7 bankruptcy petition by four suppliers earlier this week — hastened a voluntary filing, and Central intends to use the offer to buy Strack’s stores as a “stalking horse” in a court-led auction, according to a disclosure statement filed Thursday by Donald E. Harer, who has been appointed chief restructuring officer of the company.

According to Central, the company originally intended to commence a bankruptcy filing after, and not before, executing a binding asset purchase agreement with a stalking horse bidder, but “timing and other constraints compelled the debtors to commence their bankruptcy cases before the parties could fully negotiate mutually acceptable terms of a stalking horse agreement,” Harer said.

Strack & Van Til, which was Central’s largest distribution customer and is 80% owned by Central, operates 22 stores it intends to sell as going concerns. It closed five stores earlier this year and is in the process of winding down operations at another nine locations.

The disclosure statement describes a difficult environment for Central and its members as they were impacted by fast-changing consumer tastes, internet retailers and other large competitors moving to address them, and by food deflation over the last year. When word got out on Central’s financial challenges, vendors tightened terms and member companies left the cooperative in droves.

“Trade contraction, coupled with the spread of news of the company’s financial challenges, has led to an unprecedented level of member defections at CGI,” the statement read. “Many members have terminated their supply arrangements with CGI without paying down outstanding balances owed to CGI for goods delivered.”

In December, Central engaged investment bank Peter J. Solomon Cos. to find a buyer for the business, reaching out to 42 potential strategic or financial partners resulting in six parties bidding for overlapping and non-overlapping pieces of the company including its Joliet, Ill., distribution center and Strack & Van Til’s core stores.

After deliberations with its advisors and lenders, Central elected to pursue a purchase agreement for the sale of 19 Strack stores with a strategic buyer that would serve as a stalking horse bidder for such stores. Central said Thursday it expected to execute a stalking horse agreement “in the near term” and to thereafter seek court approval of comprehensive procedures to govern a bidding and auction process for the sale of substantially all of its assets.

Central was founded 100 years ago in Chicago and with $1.9 billion in sales was the country’s seventh largest food distributor and largest in Chicago. It provides distribution and retail services to members and various patron retailers operating approximately 550 supermarkets and other food and beverage stores in the Midwest.

According to the disclosure filing, Central lacked the ability to invest enough to survive rapid changes in the retail food environment while also meeting its debt obligations.

“Consumers have been increasingly prioritizing the combination of convenience and low cost. While the traditional, independent grocer has long faced peripheral competitive challenges from the likes of warehouse clubs, drug stores, and convenience stores, it now is losing market share to online retailers. Given the Debtors’ liquidity challenges, they have not been able to sufficiently invest in new technology and e-commerce to allow them to stave off competition from online giants like Amazon and Google, innovative companies focusing exclusively on food delivery, and modern grocery stores that offer online ordering and delivery services to their customers.”

Central said it was likewise unable to source and promote gourmet, natural and organic offerings as well as better-capitalized competitors could so it missed out on growing consumer demand for those items.

These challenges were exacerbated by retail food deflation over the last year and by the aggressive pricing stances taken by competitors to win trips and volume to make up for lower prices.

In the weeks leading up to the commencement of its Chapter 11, many of Central’s key vendors reacted to news of the its financial challenges by demanding what Central called “drastic modifications of the terms on which they will deliver goods.”

While some vendors demanded reduced payment schedules, others “have

gone further and demanded that they be paid cash in advance, including any outstanding trade claims, as a condition to the continued delivery of merchandise,” Central said, triggering “a severe impact on the company’s liquidity position.”

Those changes even prompted Strack to seek supply from other distributors in recent weeks.