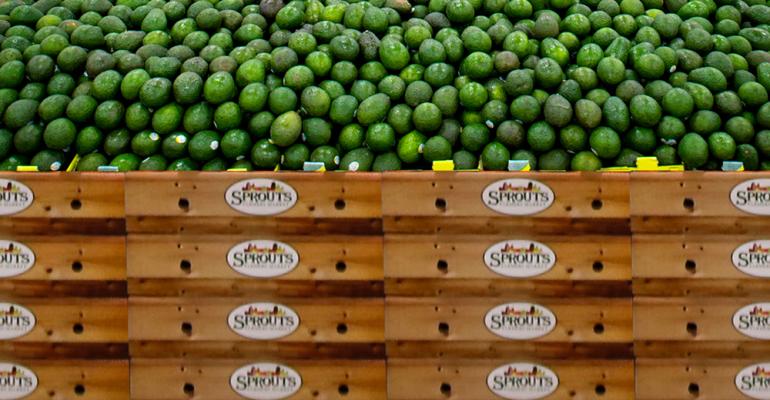 Sprouts is ready for digital.

Maredia said the retailer’s retail strategy puts the company in good position to capitalize on growing e-commerce sales. His comments were during Barclays Eat, Sleep, Play Conference on Wednesday. Maredia pointed to recent findings by Sprouts’ research team that show the majority of shoppers choose a retailer with a physical location within seven minutes of their homes.

“If you’re a conventional, who has stores every two miles, three miles, you’re basically cannibalizing your own sales,” he said.

Instead, Sprouts has opted to not oversaturate the playing field. In 2018, the company plans to have a presence in 18 or 19 states, but will only open about 32 new locations. The company currently operates in 15 states.

Focusing on suburban, or what Maredia calls “semi-edge or semi-urban” areas, the retailer is not investing in the heart of more densely populated territories, but rather setting up shop on the perimeter. This strategy, Meredia said, gives Sprouts needed agility to both serve those who seek a brick-and-mortar experience and to also offer its services via delivery to urban territories without investing in more stores.

As digital becomes more common place — Maredia expects it to grow in popularity at a significant clip over the next few years, especially in urban areas — Sprouts believes it is in an ideal position to capitalize. “That’s the component that I think that we think is a structural advantage because generally our stores are spaced wider apart than the conventional stores.”

According to Maredia, customers who currently shop in-store will remain loyal, whether it be by continuing to visit a physical store or by shopping online. Customers that are not in close proximity to a store — such as in an urban area — can be introduced to the brand through e-commerce.

Based in Phoenix, Sprouts finished the third quarter ending Oct. 1 with comparable store sales growth of 4.6% and opened eight new stores. As of Nov. 2, three additional stores had also been opened by the company.

To date, Sprouts has a presence in 15 states within the U.S. and fields more than 280 locations.