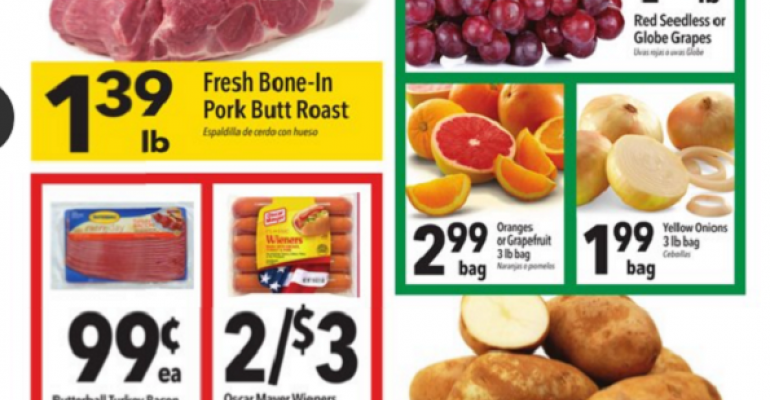 In his first public address since being named CEO of Supervalu's Save-A-Lot division in December, Eric Claus on Tuesday detailed five initiatives designed to boost sales and broaden the appeal of the limited assortment discounter.

"I think that the challenges that we've had are that we've kind of limited ourselves to a model that restricts itself to a too small segment of the population," Claus, the former A&P CEO, confessed to analysts in a conference call. He called for the company to operate "with a high sense of urgency, and focused on executing new sales and margin driving initiatives," which he said were developed with the help of a panel of licensees. They include: 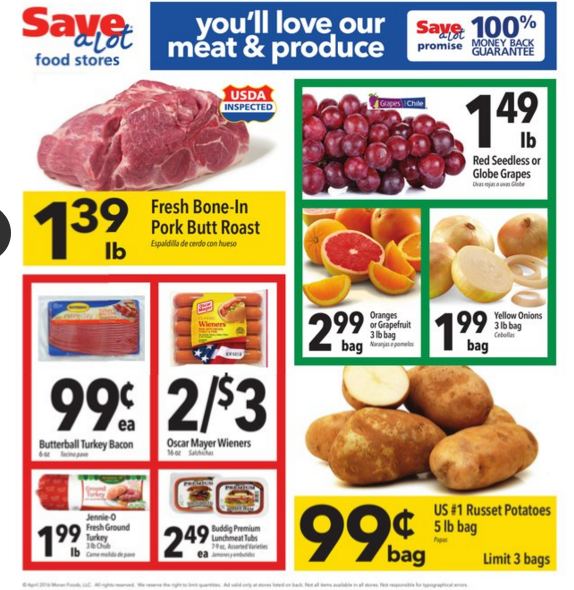 Revamped advertising circulars include changes in content, cadence and timing, "designed to make a stronger price impression on customers while emphasizing our differentiating fresh departments." Other changes subtly encourage shoppers to increase the number of units they purchase on each trip, with a goal of increasing basket size.

Claus said he has completed a review of all store categories and plans now to expand high-margin categories and reduce those with lower margins. "We're putting a lot of effort into reordering processes, which previously were based on shelf space as oppose to rate of sale."

Claus said stores throughout the chain would see resets that make them more relevant to customers, including the introduction of "one to two nationally branded must have items."

"The reset is really designed not so much to increase SKU count, but to have the right categories in the right adjacencies, with the right product," Claus explained, although he said the changes could result in 200 to 220 new items per store. "What research tells us is that we’re not supplying or creating an environment where people can feel comfortable doing a full shop, so in resetting these stores — with the whole national and new private label initiative — our stores [can] become much more of a place where you can do your complete shop, and this will increase the customer count in terms of frequency and increase basket size.”

As noted above the introduction of national brand items will accompany what Claus called a "major private brand revamp" to be executed over three phases in the next 18 months. The plan calls in part for introducing a single brand to span over multiple categories — America's Choice, the former A&P private brand that he said Save-A-Lot has acquired. "It's a fabulous name," Claus said. "Our goal will be to create greater brand recognition and loyalty with a single name across much of the store as opposed to individual brand names across categories.

Claus said Save-A-Lot stores would introduce treasure hunt space in all stores that would include spot buys, and items at the end-of-lines, packaging changes "and other offerings where we can offer even greater values on items for a limited time. This sense of 'buy-now-or-miss the deal' is expected to drive increased items per basket as customers act on deals that may not be available the next time visit the store."

Claus said the combination of these elements could address sales challenges at Save-A-Lot. He said the company has rescheduled its annual licensee symposium from the fall to early next month in order to introduce the initiatives.

"The picture that I have in my mind is of a box that successfully does significantly more volume compared to what it does today, through all of these combined initiatives, whether they be private label, national brand, the complete new analytics of our set," he said. "We're putting a lot of effort into reordering processes, which previously were based on shelf space as oppose to rate of sale, our advertising strategy is significantly more strong than what it was before. So all these things combined ... I think there is a lot of room to grow in the whole space."