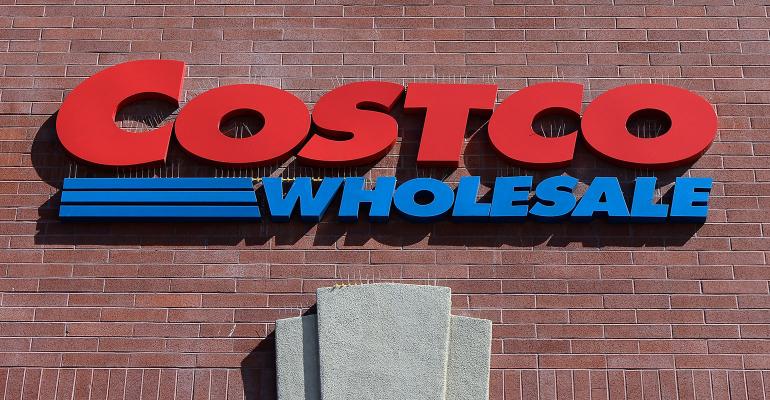 Costco Wholesale Corp. said it is pleased with the early results from its initial forays into grocery e-commerce, and said it expects to benefit from more aggressive promotion of same-day delivery in the future.

In reporting results for its first fiscal quarter, the Issaquah, Wash.-based big-box retailer said overall e-commerce sales were up 42.1% in the quarter, adjusted for foreign currency exchange fluctuations, compared with the first quarter of a year ago.

The company unveiled in its fiscal year-end earnings report in October that it had launched two new vehicles for grocery e-commerce: Costco Grocery, which offers delivery of about 500 dry grocery and other consumable items within two days, and an expanded partnership with Instacart for same-day delivery for perishable items.

“All the numbers are great,” said Richard Galanti, Costco’s executive VP and CFO, in a conference call with analysts discussing first-quarter results, referring to the nascent grocery e-commerce initiatives.

Both Costco and Instacart chose to launch their partnership with a “soft opening,” he said, “to make sure we don’t screw it up.”

“It’s growing very nicely,” Galanti said. “Clearly when we market it, we think it will take off even more. But so far, so good.”

Some analysts and observers had been critical of the retailer’s hesitance around e-commerce relative to competitors such as Walmart and Amazon, while others have maintained that the company’s long history of success has been built around its in-store shopping experience.

“There is a certain aspect of human nature that loves shopping, and Costco takes advantage of that by putting a great value in front of its customer with fresh food and consumables, and augments it with all of these discretionary opportunities that people didn’t know they wanted when they went into the club,” said Chuck Cerankosky, an analyst with Northcoast Research, Cleveland.

Although grocery e-commerce sales have been increasing at Costco, Cerankosky noted that the total volume of these transactions amount to little more than a “rounding error” for a company that generated $129 billion in sales last year.

“As the economy’s gotten better and better, customers are filling up the shopping carts with more and more discretionary items,” he said. “Any e-commerce is incremental. The fresh foods drive the business, and people love being in the clubs.”

Karen Short, a New York-based analyst with Barclays Capital, said in a report that Costco “is well-insulated from Amazon,” citing the chain’s unique business model and its targeted efforts around e-commerce.

Costco has rolled out a limited click-and-collect service, available only for laptops and jewelry — two categories that customers shop for online but don’t necessarily want to risk having delivered and left outside their door, Galanti explained. “More than half” of customers who come into the store to pick up preordered laptops or jewelry also shop elsewhere in the store first, he said.

“That’s what we like,” said Galanti in response to an analyst question about whether the company would consider expanding click-and-collect to other categories, such beverages. “We’ll keep evolving it and we’ll see. It’s just a start.”

The click-and-collect offering — referred to as BOPUS, or buy online, pick up in store — is available for laptops and jewelry at all Costco locations.

Overall Costco reported a 17.4% increase in net income for the 12-week first quarter, to $640 million, on a 13.3% increase in sales, to $31.12 billion. Sales benefitted by about 1.5% in the U.S. and 1.3% overall from the inclusion of Thanksgiving and Black Friday weekend in this week’s first quarter, which ended Nov. 26, as opposed to the second quarter of a year ago.

The retailer said it experienced a small amount of inflation on the cost side in the quarter, but competitive pressures kept retail price increases in check.

Costco said gross margins in food and sundries were up year-over-year in the quarter, while gross margins on fresh foods were down. Pharmacy, e-commerce and the food court area also had a lower margin contribution, the company said.

Short of Barclays said she believes Costco’s “solid traffic and comps can be sustained” and that growth in members and domestic renewal rates “will show an improving trend” in the current fiscal year.