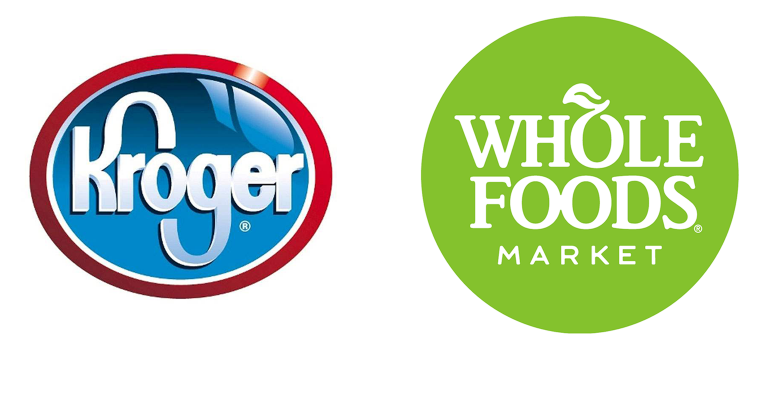 Could Kroger have interest in Whole Foods?

Although highly speculative, a merger of the retailers “makes more sense than appreciated,” Edward Kelly, an analyst for Credit Suisse, argued in a research note published Thursday. The possibility of such a deal would appear to be heightened by last week’s news that activist investors led by Jana Partners have taken a position in Whole Foods. Jana, in its 13-D filing, said it intended to convince Whole Foods’ management to be more open to mergers than it has historically been, among other recommendations.

There was no indication Kroger or Whole Foods have discussed such possibilities internally or with one another. Whole Foods in a statement last week said it was open to investor suggestions but did not address Jana’s points specifically. A Kroger spokesman did not immediately respond to SN’s calls for comment.

The Credit Suisse report also comes on the heels of published news reports suggesting Kroger’s conventional rival Albertsons Cos. was looking into the possibility of a merger with Whole Foods’ counterpart, Sprouts Farmers Markets. Those companies have not commented on the story, which was reported by Bloomberg late last month.

The speculation around mergers comes at a time when the outlook for food retail has darkened amid concern of structural changes that could take down margins and returns permanently. Beset by deflation, perceived “overstoring,” intensifying competition from discounters and by the threat of internet retail, supermarket sales have fallen and promotions have increased. Kelly on Thursday said that outlook “is unlikely to improve much from here.”

In this environment, a merger of Kroger and Whole Foods “would marry each company’s strengths with the other’s weaknesses, unlock massive cost synergies… help Kroger expand its customer base and possibly provide the growth format it has been eager to develop.”

Whole Foods stock, which jumped last week upon the Jana news, shot up again Thursday and was trading at its highest levels since the summer of 2015. Investors have been down on the company as sales have fallen due in part to moves by conventional operators like Kroger growing share of natural and organic foods; a perception of high prices; and the expectation that profits would suffer through efforts to address those sales and pricing challenges.

“We have been big advocates of the turnaround opportunity at Whole Foods for some time, but we also believe the market underappreciates the potential to unlock value through a sale to a strategic buyer,” the analyst said. “Kroger seems particularly well-positioned to bid for this still high-quality asset.”

For Kroger, a deal would provide a new trajectory after a 13-year run of continuous quarterly same-store sales improvements that ended last quarter. The Cincinnati-based company “has reached a crossroads in its strategy,” Kelly argued, losing momentum due to an easing of price investments in recent years while competitors like Wal-Mart Stores invested heavily in stores and prices. A return to more aggressive price investment, which appears to be underway, is likely to be costly, he added.

Kroger officials have typically said they believe consolidation is a long-term trend and that it was particularly interested in those transactions that could enhance its core business through new expertise, such as its acquisition of Harris Teeter. Kelly’s analysis included a long list of areas that the retailers could help one another: Kroger, for example, could benefit from Whole Foods’ prepared foods and shopping experience expertise, while Whole Foods would gain an industry-leading shopper affinity program and needed improvements in operations and private label, he said.

Kelly estimated the combination could generate more than 3% of Whole Foods sales, or $400 million to $600 million in savings. A purchase price of $40 to $45 per Whole Foods share — or a range to $12.7 billion to $14.3 billion — could still create value for Kroger shareholders, Kelly added.