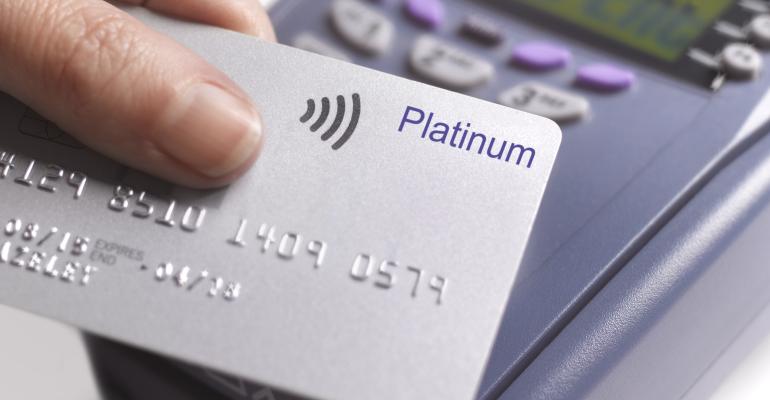 Credit card swipe fees get a swift ‘kick’ in the pants

The National Association for Convenience Stores (NACS) is taking to the airways in the latest move to pressure payments card processors Visa and Mastercard to allow additional networks to process bank card transactions.

The group, a member of the Merchants Payments Coalition (MPC), just launched a new commercial nodding to Visa’s sponsorship of the FIFA World Cup — calling out the company for refusing to allow competition over swipe fees.

The ad depicts a soccer game taking place in a packed stadium. As players attempt to score goals, images of credit cards and messages from the ad’s narration appear.

“Free market competition – Main Street businesses do it every day and consumers are the winners,” a narrator says in the commercial. “But what happens when we let credit card companies play by different rules? Americans pay the highest swipe fees in the world, up to 3% or more, nearly $1,000 a year in unfair hidden fees for families. That’s why Main Street businesses and consumers support the Credit Card Competition Act. It takes free market competition to have fair fees.”

Visa is the official payment technology partner of FIFA and is actively promoting its involvement in this year’s World Cup in Doha, Qatar.

“Visa is spending untold millions of dollars to promote competition in soccer even though it refuses to allow competition over swipe fees and how transactions are routed,” said Doug Kantor, MPC executive committee member and NACS general counsel, in a statement.

“Visa says it wants to give football fans from around the world the best way to pay, but it should start by allowing competition over the hidden fees that are charged every time soccer fans and other consumers use a credit card,” Kantor said. “If competition is good on the soccer field, it’s good on the swipe fee playing field as well.”

The commercial follows the sending of letters by the MPC to all members of the U.S. House and Senate, signed by more than 1,800 retailers nationwide, that request that the legislators support the Credit Card Competition Act sponsored by Sen. Richard Durbin, D-Ill., Sen. Roger Marshall, R-Kan., Rep. Peter Welch, D-Vt., and Rep. Lance Gooden, R-Texas.

The act would allow at least two unaffiliated networks to process credit card transactions that carry the Visa or MasterCard brand, including networks like American Express, Discover, NYCE, Star and Shazam. It excludes networks that foreign governments support.

A letter sent separately contains the names of 236 state and national trade associations representing merchants. Both letters noted that big banks and card networks like Visa and Mastercard charge merchants more than 2% of the customer’s total bill for each credit card purchase and that transaction fees have more than doubled over the past decade, including 25% last year for a record $137.8 billion.

The Electronic Payments Coalition (EPC), a lobbyist group representing payment card networks, large banks, and credit unions, has claimed that allowing unaffiliated networks to process transactions would add billions of dollars to the bottom lines of mega-retailers while eliminating almost all the funding that goes towards popular credit cards rewards programs, weaking cybersecurity protection and reducing access to credit.