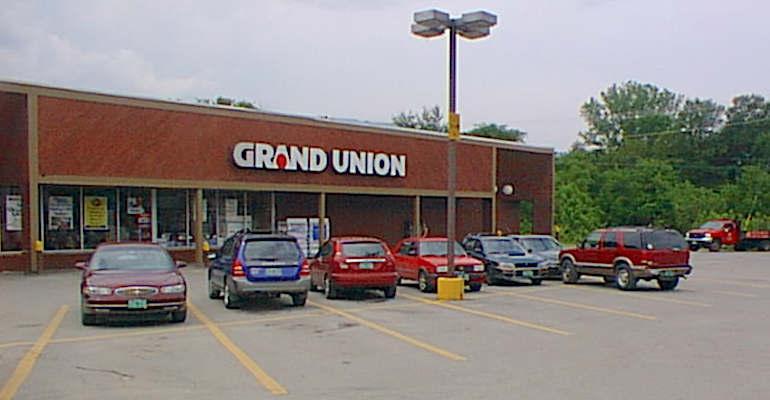 Wikimedia Commons
C&S Wholesale Grocers acquired the rights to the Grand Union banner in 2001 as part of the supermarket chain's asset liquidation. Above, a Grand Union store in 2006.
News>Retail & Financial

C&S Wholesale Grocers is bringing back a venerable name from the supermarket industry’s past: Grand Union.

With the closing of the Price Chopper/Market 32 and Tops Friendly Markets merger, Keene, N.H.-based C&S said Tuesday that it plans to buy 12 Tops supermarkets and convert them to Grand Union grocery stores. Financial terms of the deal weren’t disclosed. The locations, 11 in New York and one in Vermont, will be run by C&S affiliate GU Markets LLC.

“The Grand Union stores will offer competitive prices on a wide variety of fresh foods and an extensive assortment of brand name groceries, as well as our signature private brands,” C&S Wholesale Grocers CEO Bob Palmer said in a statement. “Each store will contain localized assortments to meet their shoppers’ needs. We are very excited to bring this iconic supermarket back to the communities it has fed for generations and continue our legacy of braggingly happy customers.”

C&S obtained the rights to the Grand Union banner through GU Holdings, an affiliate formed in 2001 to acquire 185 Grand Union stores. After a series of management changes and Chapter 11 filings between 1995 and 2000, Wayne, N.J.-based Grand Union Co. had opted to liquidate its assets, auctioning off most of its approximately 200 stores to its distributor C&S, which in turn sold the majority of those locations to buyers including Ahold USA, Shaw’s Supermarkets, Delhaize America and Pathmark Stores. Tops, then part of Ahold USA, added 22 of the Grand Union stores.

C&S will rebanner the acquired Tops stores with an updated Grand Union logo.

In 2005, C&S acquired 12 Tops stores in New York and in 2006 reopened them as Grand Union locations, the banner that the supermarkets held when they were sold to Tops. Then in 2012, Tops acquired 21 supermarkets in upstate New York and Vermont — mostly under the Grand Union banner — from C&S affiliate GU Family Markets and finished converting them to Tops stores in 2013.

Plans call for the transaction to close in the coming weeks and grand reopenings for the Grand Union stores to be held from mid-January to mid-February 2022, C&S reported. The distributor said it will continue to recognize the union workforce at those locations. 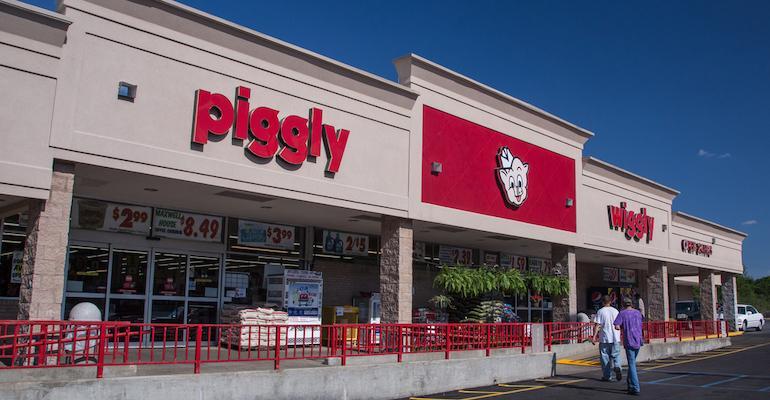 C&S said the Grand Union relaunch reflects its retail expansion, most recently including the addition of 11 stores via the acquisition of Piggly Wiggly Midwest.

C&S noted that the relaunch of Grand Union marks another expansion of its retail presence, coming just months after its acquisition of Sheboygan, Wis.-based Piggly Wiggly Midwest, which added 11 Piggly Wiggly corporate-run stores. Currently, C&S licenses the Piggly Wiggly banner to about 530 independently owned and operated supermarkets in 17 states through its Piggly Wiggly LLC subsidiary. Most of the stores are located in the Southeast.

The day after announcing the Piggly Wiggly Midwest acquisition, C&S reported the hiring of former Stop & Shop president Mark McGowan as senior vice president of retail, a newly created position. At the time, Palmer said McGowan will lead the company’s expansion into the retail and franchise space, which he described as “an active part of C&S’ growth strategy.”

“With our recent announcement of the purchase of Piggly Wiggly Midwest, this is another very exciting opportunity for C&S to further expand into the retail market,” stated Rick Cohen, executive chairman at C&S Wholesale Grocers. “This is an important component of our growth and future success. The Grand Union stores will showcase C&S’s already successful retail strategies and be supported by our strong wholesale supply chain and programs to deliver solid retail performance.”