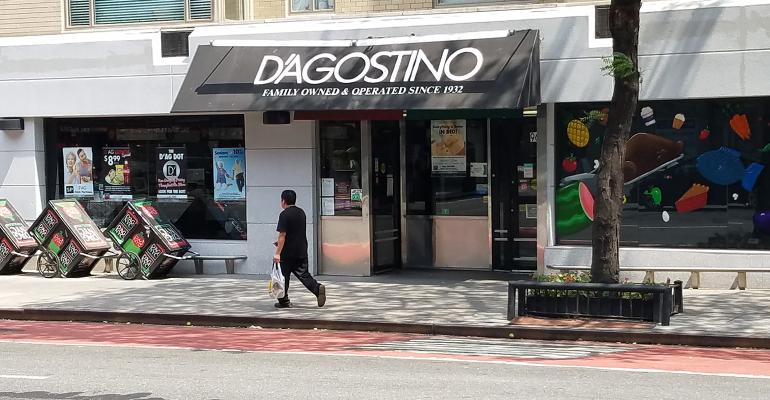 The loan that helped to replenish shelves at D'Agostino Supermarkets this summer came courtesy of a longtime rival that appears will soon be a partner.

"They deserve to live," John Catsimatidis, owner of Red Apple Group and its Gristedes chain, told SN in an interview Monday.

According to Catsimatidis, Red Apple Group came through with a revolving credit agreement that helped D'Agostino pay its suppliers last month after credit issues forced D'Agostino's nine Manhattan stores to operate for weeks with supplies slowed to a trickle.

Catsimatidis said the loan could presage a deeper partnership between the family-run veterans of New York's grocery scene that could be announced in the coming weeks. He declined to provide additional details.

Nick D'Agostino III, CEO of Larchmont, N.Y.-based D'Agostono's, confimed in an interview Monday that the parties were working on a partnership. "We think we can take positives from both companies and combine our strengths," he said. "And because of John's resources, we can become a bigger player."

A Gristedes-D'Agostino marriage could make sense, Burt P. Flickinger III, managing director of Strategic Resource Group, told SN, citing opportunities for cost savings on supplies and a "huge vacuum" for neighborhood grocery stores in Manhattan, where rising rents and a handful of well-capitalized competitors like Whole Foods have driven many of their peers out of business.

Nick D'Agostino said decisions about suppliers would be tackled in the future. "We need to get a team and leadership together first," he said. However, he quashed industry speculation that a partnership would reintroduce his brother Walter to the business. Walter, a former VP at D'Agostino, sold out of the family business in 2002 and later worked as an executive with Gristedes. ​

Although Gristedes was one of the beneficiaries of D'Agostino's supply struggles this summer — at least one of its neighboring stores posted signs welcoming D'Agostino shoppers at the height of its rival's crisis this summer — Catsimatidis said he felt the D'Agostino brand name and its stores' customer loyalty were assets worth saving. "They are very nice people," he added.

G. Robert James, president and COO of Larchmont, N.Y.-based D'Agostino's, told SN last month that the company made multiple internal changes including the way the company buys product, James said. "We've had to refine our buying practices, with a focus on things that will turn faster," he said.

Although D'Agostino stores were able to get twice-weekly deliveries beginning in late July, shelves at many stores appeared understocked as recently as last week, sources said. Catsimatidis told SN that those stores would "look better after Labor Day."

This story was updated late Monday with comment from Nick D'Agostino.