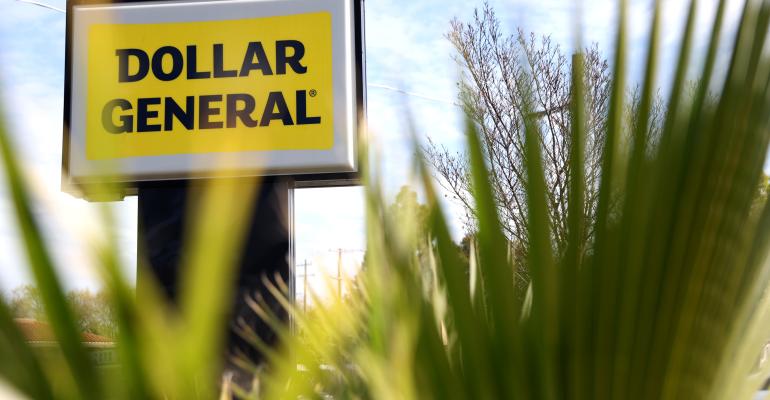 Supply chain challenges are pressuring profitability for Dollar General, and have caused the company to reduce its earnings outlook for the full fiscal year.

Although Dollar General has expanded its warehouse capacity to help overcome these issues, some pressures are expected to linger into the fourth quarter, the company said. As a result, it has scaled back its expectations for diluted earnings per share for the full fiscal year to a range of $3.15 to $3.30, reflecting growth of 7% to 8%, vs. previous forecasts of growth between 12% and 14%.

“We believe the majority of these and other gross margin pressures are largely temporary, and we are confident in our plans to drive greater supply chain efficiencies moving forward," said Jeffery Owen, CEO of the Goodlettsville, Tenn.-based retailer, in a conference call with analysts.

Other factors impacting projected margins for the full year include a shift among shoppers to buying more consumables, which carry a lower profit margin, and increases in shrink.

The company said it expects sales to remain strong, including fourth-quarter same-store sales growth in the range of 6% to 7%, which would put fell-year same-store sales “toward the upper end” of its previously expected range of 4% to 5%.

Same-store sales in the third quarter included growth in consumables, which Dollar General said was partially offset by declines in the apparel, seasonal and home products categories.

In a conference call with analysts, the company said consumers continue to be under financial pressure. Dollar General is seeing more trips, including from higher-income customers, but shoppers are reducing the number of items in each basket and cutting back on discretionary spending, which was softer than expected in the third quarter.

“Customers also continued to shift spending to more affordable options, such as items that are dollar price point and private brands, while also shopping closer to payday at the first of the month,” said Owen.

Dollar General also added more than 17,000 cooler doors across its store network in the third quarter.

In addition, the company said it has launched a pilot test of mobile health clinics in a “small number” of stores. The clinics are provided by DocGo On-Demand and offer basic preventative and urgent care services.

“We plan to test this offering in select stores over the next few months as we continue to work with customers on how to help bring affordable health and wellness closer to home, while further establishing Dollar General as a trusted health partner in the local community,” said Owen.

That effort is part of an increased focus on health, branded as DG Wellbeing, which includes an expanded merchandise assortment and other offerings and is expected to be rolled out to 4,000 stores by the end of this fiscal year.