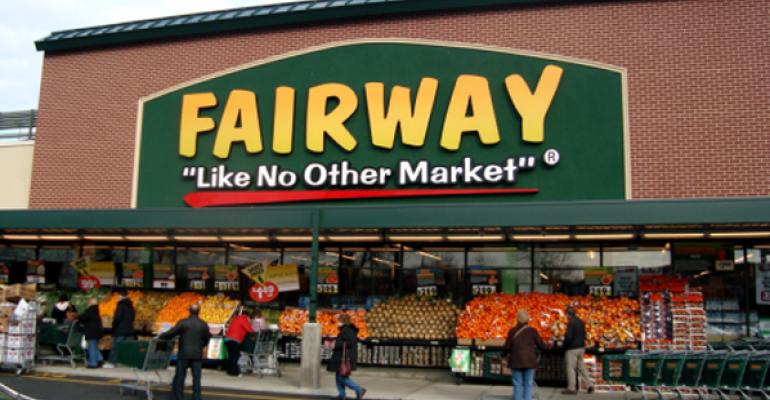 Fairway Group Holdings on Tuesday reported sales and earnings that missed expectations during the fiscal fourth quarter, citing decreased store traffic due in part to new competition and the effect of harsh winter weather on sales.

The company posted an $8.5 million loss in the quarter, which ended March 29. Analysts had expected around $203.7 million in sales.

In a conference call discussing results, Jack Murphy, CEO, said Fairway had backed out of a plan to build a store in the developing Hudson Yards project in Manhattan, but would build a 40,000-square-foot store at a former Waldbaums site in Brooklyn that he described as the company’s new prototype.

That store will reflect a more capital efficient approach to building and operating departments and will open in about a year. “This location will be the prototype for our new store model. It will have a smaller footprint and lower cost structure than our existing stores with the same broad offering of fresh, specialty, organic and conventional products,” Murphy said. “We expect to further improve the profitability of the store by optimizing space allocations between departments based on learnings from recently conducted productivity studies.”

Competition from a newly opened Whole Foods store on the Upper East Side of Manhattan has resulted in around a 15% loss of sales at a neighboring Fairway store, Murphy told analysts.

He added that effects of “retail 101” strategies in place have already resulted in momentum at Fairway, including improvements in shrink, optimized prices and better relations with employees but he cautioned that growing top-lines sales “is not a quick fix.”