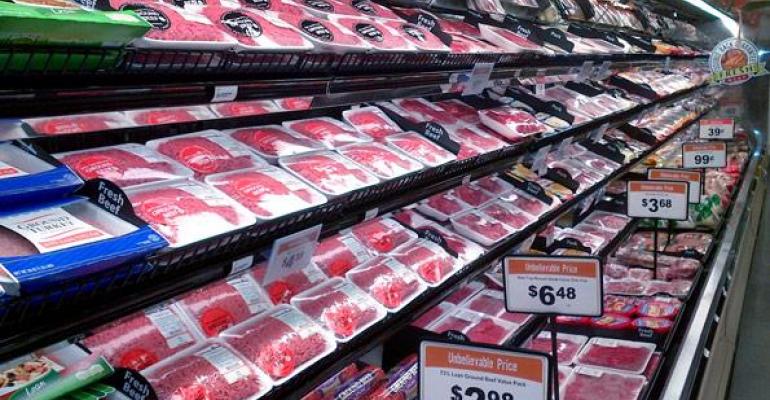 The Bureau of Labor Statistics on Friday said that food deflation accelerated in June and has now declined by 1.3% over the past year, its largest 12-month decline in more than six years.

Analysts said the figures could put retail comparable-store sales at risk for the current quarter, and also impact food distributors. "We believe the steadily worsening food inflation trends will remain a headwind well into [the second half of the year], and the grocers with the weakest traffic and tonnage growth will likely suffer the most," Shane Higgins, an analyst with Duetsche Bank, said in a published research note. "The deflation should also be a significant headwind for the traditional grocery distributors, including Supervalu and Spartan Nash."

"We expect this [deflation] to weigh on the food retail stocks, and could suggest risk to near-term comp forecasts and potentially [to second half] comp forecasts barring a turnaround in food inflation in the next few months," added Kelly Bania, an analyst with BMO Capital Markets.

Plummeting prices for meats were the largest contributor to the June CPI decline, but four of the six major grocery store food group indexes have decreased over the period, the Bureau said. The meats, poultry, fish, and eggs index has declined 5% over the last 12 months, while the dairy and related products index has declined by 2.2%. Indexes for cereals and bakery products and nonalcoholic beverages posted smaller declines, the group said.

A ray of hope for the industry were prices for fruits and vegetables, which increased by 1.9% during June. The sub-category with the highest inflation in June was fresh fruit, with prices increasing by 3% to 4%.

Retailers respond to meat deflation
May 10, 2016