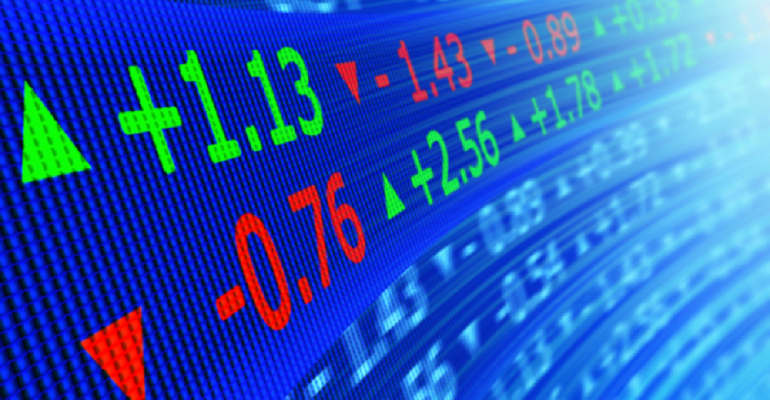 Tax cuts will add an average of 27% to earnings: analyst

Food retailers are poised to see significant earnings gains thanks to the recently passed tax legislation, according to analysts, and that could translate into a better performance for publicly traded stocks in the year ahead.

Most North American food retailers and wholesalers tracked by SN saw their stocks lose value in 2017 as investors fretted over competitive pressures from discounters and Amazon-Whole Foods. The declines, perhaps also driven by concerns about the future of brick-and-mortar retailing in general, came despite record-setting performances for the major stock indexes overall.

Bill Kirk, an analyst with RBC Capital Markets, said he believes that many traditional operators will be able to withstand the increasing competitive pressures from the likes of Amazon, Aldi and Lidl, and that investors’ concerns are overblown.

“While we acknowledge the competitive threats Amazon and others pose, we believe the grocery space is fragmented enough for multiple players to gain share,” he said in a recent report.

Citing the expansion of Walmart in the late 1990s and early 2000s, when it rapidly rolled out its low-priced grocery offering throughout the country, Kirk noted that strong supermarket operators such as Kroger Co. were still able to gain share and expand their profit margins.

The threat from Amazon-Whole Foods is much less, he argued, noting that both Amazon and Whole Foods have long been competitors in the grocery market and still have a relatively small share overall.

“This acquisition does not change the U.S. grocery asset base itself, but rather changes the operator,” said Kirk.

He predicted that smaller, local food retailers and distributors are much more likely to suffer the effects of increased competition and potential gross margin pressures from cost inflation than the national and large regional chains.

Phoenix-based Sprouts, one of the few food retail stocks to gain value in 2017, is poised to continue to accelerate its comparable-store sales growth in 2018, he said. Comps have grown from 0.7% to 4.6% without the benefit of inflation, he noted.

Supervalu, meanwhile, “has the most potential upside,” according to Kirk. The Minneapolis-based wholesaler could benefit from higher-than-expected synergies from the recent acquisitions of Unified Grocers on the West Coast and Associated Grocers of Florida. Supervalu also has shown some momentum in its wholesale business, which could carry over into the new year, and has “underappreciated real estate value,” Kirk said.

Supervalu saw a significant drop in its share price in 2017 as its retail business struggled. The company made moves to bolster the retail operations, including hiring Target veteran Anne Dament to lead a turnaround effort at the company’s scattered and diverse retail holdings.

Cincinnati-based Kroger, according to Kirk, stands to gain share of CPG promo dollars by virtue of its strong customer analytics program. Kroger recently highlighted that potential growth avenue as part of its Restock Kroger initiative, a data-driven set of actions that include comprehensive store resets.

Kroger’s stock was also down considerably in 2017, although like many industry shares, it began to gain momentum in the fourth quarter after being beaten down most of the year.

Commerce, Calif.-based Smart & Final, meanwhile, could benefit from favorable comp-store comparisons and from increased comps at the 33 former Haggen locations it acquired in 2016, according to Kirk.

Those companies, along with others in the industry, are also poised to see their tax rates slashed by nearly 50% via the tax reform package that Congress approved. While the industry has paid rates averaging about 37%, according to Kirk, the reform would cap the corporate tax rate at 21%.

This could translate into earnings gains of an average of 27% for food retailers and wholesalers, according to Kirk’s estimates.

Retailers and retail associations have applauded the tax cuts, saying they would lead to increased investments and would benefit both workers and shareholders.

Several analysts have increased their 2018 forecasts for the performance of the major stock indexes in the wake of the tax reform, with some calling for gains of 15% or more in the year ahead.

One danger for stocks in 2018 is that the Federal Reserve will continue to raise interest rates to keep the economy from overheating, according to a report on CNBC. That could lead some investors to shift out of the stock market and into debt securities, the report noted.