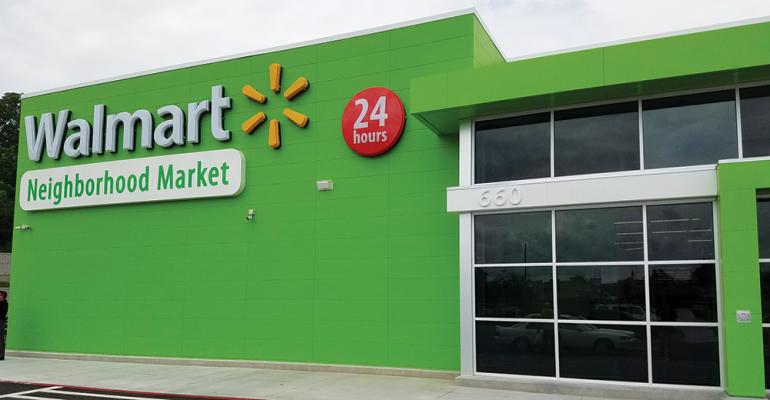 North American food retailing stocks turned in a subpar performance overall in 2016 — despite a few bright spots — and 2017 looks to be another challenging year, analysts said.

Although Wolfe Research analyst Scott Mushkin sees Cincinnati-based Kroger as a superior operator of traditional supermarkets, the retailer is up against not only increasingly sharp pricing from Walmart, but the fact that food retail store development is outpacing population growth.

“This level of building is likely to continue as deep discounters such as Aldi and now Lidl aggressively add square footage,” Mushkin said in his report on the outlook for Kroger in the year ahead. The pending incursion of German discounter Lidl — which Mushkin (above) said could roll out as many as 150 stores in 2018 — also is seen as pressuring industry shelf prices and thus retailers’ profit margins in 2017 and beyond.

Meanwhile Walmart, which was one of the top-performing food retail stocks in 2016, is projected to reverse course in 2017 and erase the gains of last year as it struggles to get its ecommerce business on track. It is competing against an increasingly aggressive online consumables juggernaut in Amazon, and appears to be sharpening its prices to better compete against Lidl, Aldi and others, including traditional supermarkets, said Mushkin.

Mushkin estimates that Walmart is losing between $125 million and $150 million per month from its ecommerce business. This is putting pressure on its brick-and-mortar stores to compensate with more profit gains, which is unrealistic given the competitive landscape and rising labor costs, he said.

In addition to Kroger, companies showing the sharpest declines included Sprouts Farmers Markets, down about 28% to $18.92; Sobeys parent Empire Cos., down about 40% to $15.72; Natural Grocers by Vitamin Cottage, down about 39% to $11.89; and Supervalu, down about 31% to $6.77. Whole Foods Market, which for years had been an industry leader in stock value growth, saw its share price fall about 8% in 2016 amid weak same-store sales.

Most North American food retailers were either down or flat for the year, despite the 10% gain in the S&P 500 index. Chuck Cerankosky (above), an analyst at Northcoast Research, Cleveland, agreed that overcapacity — exacerbated by ongoing expansion efforts among not only discounters like Aldi and Lidl but among traditional operators and natural-and-organic players as well — has been restraining food retailers’ financial results.

“We noticed in the beginning of last year how many companies had tapped the accelerator to open more square footage, and that has a way of offsetting same-store sales growth when you have a lot of new capacity out there,” he said, citing both Sprouts and Kroger as examples of companies that have been expanding their footprints aggressively.

Potential improvements in consumer confidence and spending power, driven by higher wages and employment, could be a catalyst for better performance, Cerankosky said.

“The thing we’ve seen the last few years is that some of the consumers have recovered, and they are reflecting that in their spending, whether it’s on outdoor sporting goods, food at home or food away from home, or automobiles, and another group of consumers — the bottom 50% — haven’t seen that type of economic recovery,” he said.

“In my view, food retailing benefits when consumers feel good and are trading up, whether than means buying steak instead of chicken, or $2 bottles of fine wine instead of no wine at all. It helps the bottom line of retailers.”

Economic improvement along those lines could benefit the retailers that can execute well against it, said Cerankosky.