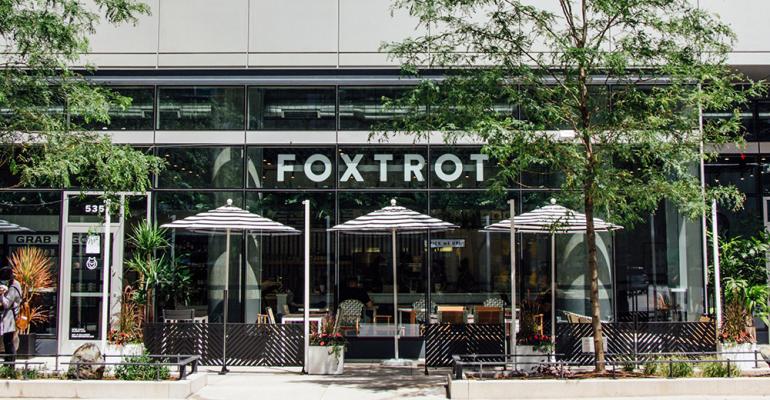 Foxtrot Market
Foxtrot, which currently operates eight stores in Chicago and Dallas, expects to add as many as nine stores in those cities by the end of 2021, and expand into new markets including Washington, D.C.
News>Retail & Financial

Foxtrot Market, the Chicago-based convenience store and café chain with a focus on 60-minute delivery, announced Monday it has closed a $42 million Series B funding round, led by David Barber’s Almanac Insights and Monogram Capital Partners.

With this investment, Foxtrot, which currently operates eight stores in Chicago and Dallas, expects to add as many as nine stores in those cities by the end of 2021, and expand into new markets including Washington, D.C. Funds will also be used to expand Foxtrot’s line of private label packaged goods and gift offerings, and to continue the investment into nationwide shipping, which launched in January.

Additionally, Foxtrot has made three new appointments to its executive team: Sumi Ghosh, who had previously served in v.p. positions at Starbucks and Aramark, has been named COO; Scott Holloway, formerly of Instacart, was named SVP, Delivery; and Caroline Barry, formerly of sweetgreen, has been named VP, Strategy. 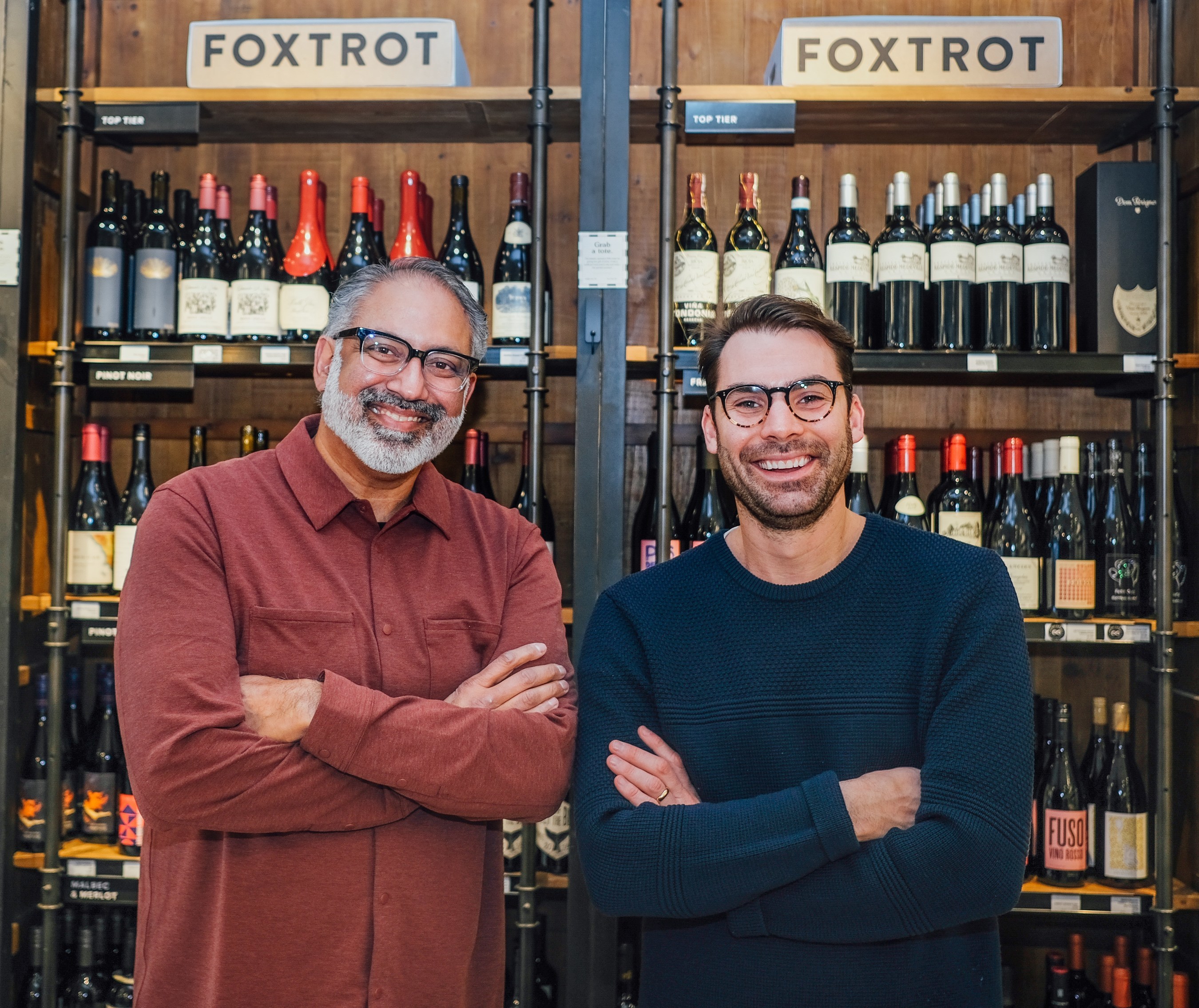 Mike LaVitola, CEO and co-founder of Foxtrot Market, is joined by the company's new COO, Sumi Ghosh, formerly of Starbucks.

“With this new round of funding and an incredibly strong executive team now fully in place, we see 2021 as a year of tremendous growth for Foxtrot,” said CEO and Co-founder Mike LaVitola. “We have built a business that marries the local approach of a corner store with the convenience of e-commerce. We know how our stores operate best and in which markets, which is where we’ll be going deep with our expansion efforts next. We also look forward to showcasing to customers coast-to-coast what Foxtrot is all about as we continue to roll out shipping nationwide.”

Launched in Chicago in 2014, Foxtrot combines an upscale corner store and café with app-based purchasing that makes its entire inventory available for delivery in under an hour. Foxtrot derives its revenue equally between online sales and in-store purchases. The brand’s delivery model has been central to its customer service strategy since inception, making Foxtrot uniquely positioned for strength during the pandemic. In 2020, company sales increased over 100% fueled by consistent year-over-year growth across channels. Of that growth, according to the company, 55% derives from retail, largely from same-stores sales, and over 200% from e-commerce, driven by 100% increase in app downloads. 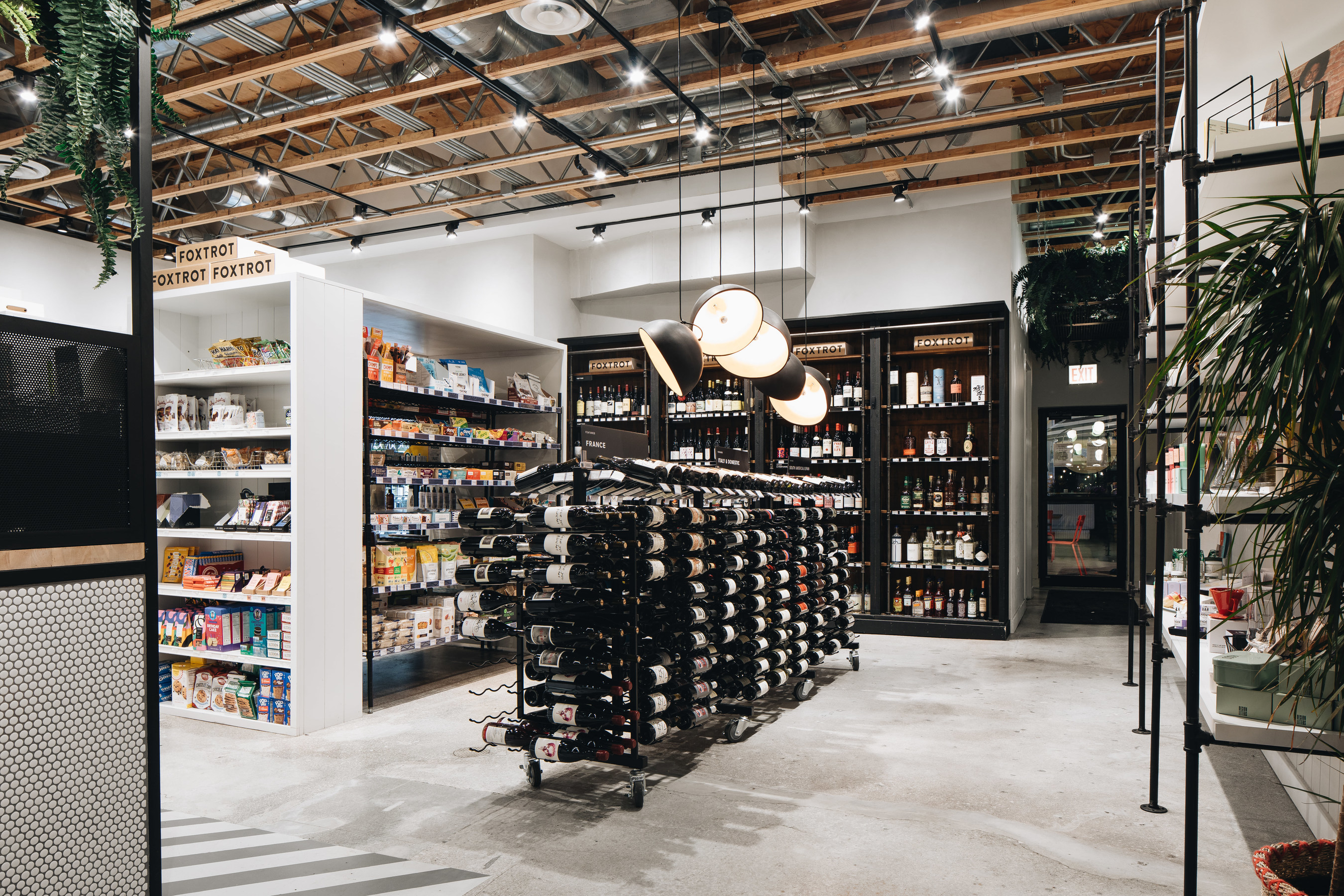 In addition to grocery staples, Foxtrot stores offer a full-service café, sommelier-curated wine shop, and unique gift bundles for every occasion via on-demand delivery and in its tech-enabled brick and mortar stores. Select gift bundles are also currently available in Foxtrot’s Ship Shop, which will continue to add offerings as it expands its nationwide shipping capabilities.