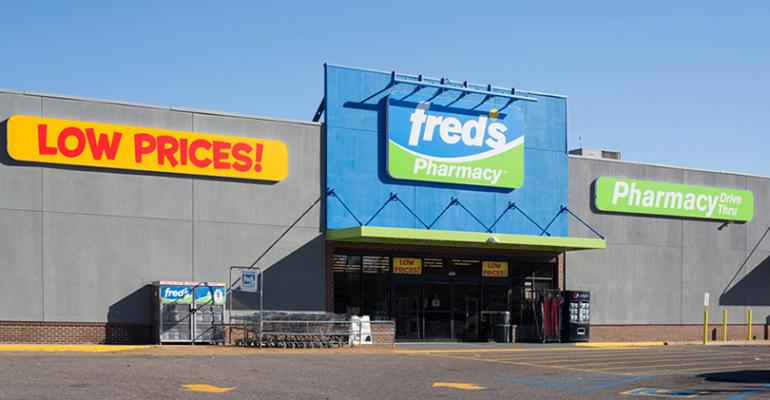 Walgreens Boots Alliance and Rite Aid Corp. said Tuesday that they have agreed to sell 865 Rite Aid stores to Fred’s Inc. in order to satisfy antitrust concerns in their pending merger.

The deal, for $950 million in cash, is subject to approval by the Federal Trade Commission and finalization of Walgreens’ acquisition of Rite Aid, expected early next year.

The proposed deal would more than double the size of Fred’s, a discount variety chain based in Memphis which it said would become the nation’s No. 3 drug chain upon completion of the deal. The announcement also appears to quash industry speculation that a grocery operator like Kroger could acquire the sites set for divestiture.

Deerfield, Ill.-based Walgreen’s announced plans to acquire Rite Aid in October of 2015 for $17.2 billion. Those chains combined generate approximately $36 billion in annual food and consumable sales, according to estimates to be included in SN’s forthcoming 2017 Top 75 report.

Fred’s, with 581 stores located mainly in the Southeast, generated just less than half of its $2.1 billion in annual sales in fiscal 2015 from sales of consumables including food, it said in public filings.

The companies said they would reveal the locations of the stores to be divested upon FTC approval of the merger. They said however they would include stores in the South, and the East and West coasts.

Fred’s said the stores it would acquire are generally representative of Rite Aid's pre-divesture store performance with respect to both sales and EBITDA.

"This will be a transformative event for Fred's Pharmacy that will accelerate our healthcare growth strategy through our acquisition of 865 new stores located in highly attractive markets,” Michael K Bloom, the former Family Dollar executive who now serves as Freds CEO, aid in a statement. “We believe that this transaction will also create tremendous opportunities for both our new and existing front of store and pharmacy team members. We look forward to realizing the considerable benefits this transaction will bring to our customers, patients, payors, supplier partners, team members and shareholders.”

Gerrity’s conversion to The Fresh Grocer gets under way
Aug 16, 2022