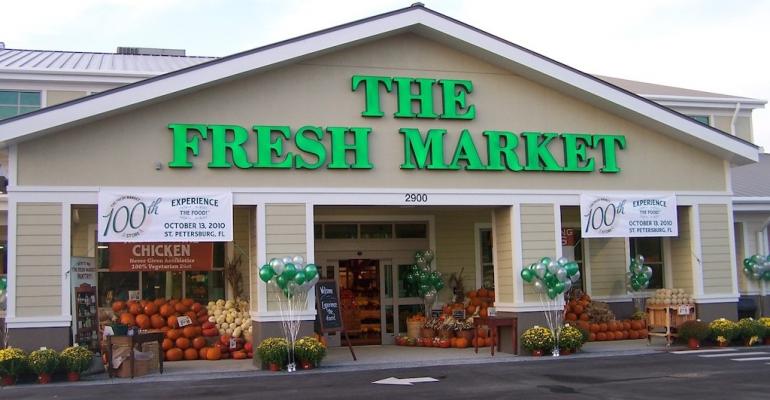 The Fresh Market has delayed the opening dates of at least four of its forthcoming stores over recent weeks, in a move that appears to signal the retailer needs time to reinvent a format beset by improving competitors and changing consumer shopping habits.

Among the delayed openings are stores in York, Pa., Falls Church, Va., Fleming Island, Fla., and Springfield, Mo., according to SN's inquiries and local reports.

Greensboro, N.C.-based Fresh Market, which was acquired by an affiliate of the private equity firm Apollo Global Management in March, did not respond to SN's request for comment.

An official with The Reserve at Tinner Hill, a Falls Church development, told SN this week that he'd been informed the opening of Fresh Market at that center was "delayed indefinitely." He referred questions as to reasons behind the delay to the company.

In Fleming Island, a shopping center opening at the end of this month will do so without the Fresh Market, at least for now. That center's developer told the Florida Times Union "they can't tell us when they're opening because they don't know." 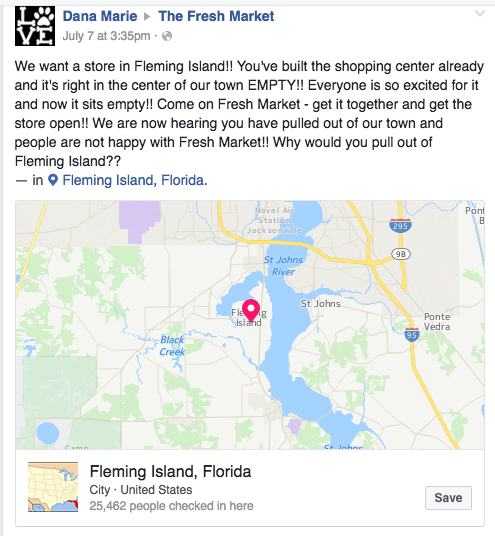 The Fresh Market was scheduled to open at York's Manchester Town Center this summer, and had advertised for employees as recently as May, but that opening was "temporarily on hold and we do not have a definitive time frame for completing the project," according to a spokeswoman for the public relations agency representing the retailer, the York Daily Record reported late last month. A developer of that project said he expected the store would open before the holiday season, and that the delay related to a redesign of the building's interior to accommodate merchandise changes.

A slowdown in new store builds and changes in merchandising were both topics for discussion when Fresh Market officials last spoke publicly, in a November earnings conference call. Then, CEO Rick Anicetti spoke to a need to comprehensively reassess the chain's value proposition in the face of an influx of competition — and an associated slowdown in sales and profitability. Tackling those challenges as a growth-oriented publicly traded retailer was central to the chain's pursuit of the going-private deal with Apollo reached months later.

The Fresh Market announced 13 store closures shortly after Apollo took over in May.

"It's clear that we need to cultivate and restore the unique value proposition that made The Fresh Market so special," Anicetti said in November. "Now when I speak about value, I am referring to the entire experience we provide our guests, which includes service, ambience, assortment, quality, store design, and price."

"Often times chains will carry a problematic format to the very end, like A&P did," Flickinger remarked. "In my view, taking a loss delaying the openings now as opposed to opening so-called 'big bleeders' is the better loss to take."

"Culture just jumped ahead of them. Their stores are almost of a different time, when shoppers were looking for elegant experience and food to impress their guests. As a percentage of shopping trips, that's gone down. We are a sped-up society today."

A Fresh Market store set to open in the fall in Springfield, Mo. has also been delayed, according to local reports, and the store had subsequently dropped off the retailer's list of "announced leases" on its website. A spokeswoman for the Fresh Market's agency told the News-Leader newspaper that the shopping center had not progressed as quickly as planned "so we have prioritized other projects in our pipeline."

The Fresh Market closed its only other store in Missouri in May.

The Fresh Market's web page also lists stores in Doral, Fla., Trussville, Ala., and Pittsburgh on its list of assigned leases. A developer of the Pittsburgh project referred questions to The Fresh Market, citing a nondisclosure provision in its lease. Trussville and Doral developers did not return calls for comment.