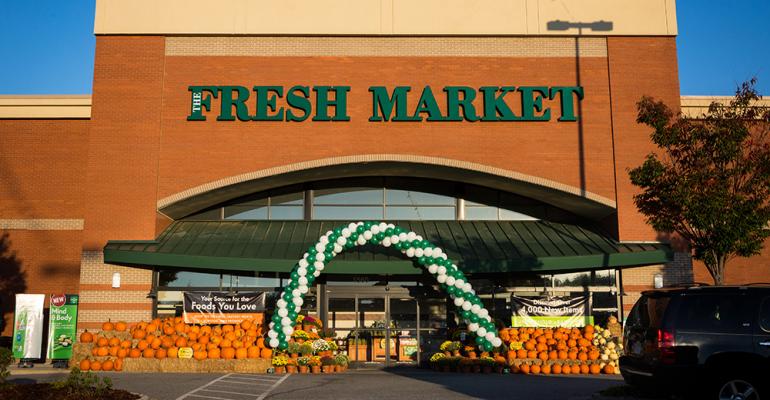 The Fresh Market is closing five stores in the coming weeks while continuing its effort to reposition as a more mainstream grocer with the rollout of its new format to additional locations.

“This move will allow the company to focus on the success, service and growth of its existing portfolio of stores,” The Fresh Market, based in Greensboro, N.C., said in a statement. “The decision to close these locations was made after careful consideration of the overall growth strategy and long-term performance of the company.”

The company said no additional closures were planned at this time.

Meanwhile The Fresh Market is planning to open a store this Wednesday, April 26, in Columbia, S.C., that features an updated look and more everyday grocery items alongside the usual assortment of fresh and specialty offerings. The company, which had long positioned itself as an upscale destination for foodies, debuted its revamped positioning in three markets in its home state of North Carolina last year and opened a store with the new approach earlier this year in Boca Raton, Fla.

The new and remodeled stores include an increased selection of local items, more traditional grocery offerings, including pet and baby products, and an increased emphasis on sharp pricing, the company said. In addition, new signage is designed to offer better navigation to individual departments and offers guidance for shoppers with dietary restrictions. At the Columbia store, a new Mind & Body department will feature a selection of more than 2,000 vitamins, minerals and supplements, as well as an in-store specialist to answer shopper questions.

The Fresh Market is also planning to open a new store in Doral, Fla., near Miami, on May 24. It will operate about 175 locations after the planned openings and closures.

The company was acquired last year by private investment firm Apollo Global Management for about $1.36 billion. It had long been one of the fastest growing publicly traded food retailers before sales slowed in recent years as the company expanded to markets across the country.

A year since last closings

The most recent round of store closures comes almost a year to the day since The Fresh Market announced the shuttering of 18 stores, including all of its locations in Texas, Iowa, Missouri and Kansas.

The recent crop of closures are spread throughout its remaining operating areas and are all in markets where The Fresh Market will continue to have a presence.

Some of the stores in the most recent round of closings are in older locations where competition has intensified, such as the store in Kildeer, Ill., in Chicago’s northern suburbs, which opened 12 years ago. Mariano’s Fresh Market had opened two stores in the area in the last few years, including a 74,000-square-foot store about 2.5 miles away in Lake Zurich, Ill., and a 70,000-square-foot store eight miles away in Palatine. The Fresh Market continues to operate Chicagoland stores in Wilmette, Lake Forest, Glen Ellyn, Crystal Lake and Geneva.

In New Jersey, the Livingston Fresh Market store had opened just three years ago at the site of a former Pathmark. It was the third of three locations The Fresh Market opened in that state, with two others, in Bedminster and Montvale, continuing to operate.

The Woodbury, N.Y. store, on Long Island, was the first Fresh Market in that area, where the chain continues to operate a store in Smithtown. It also has a store in Scarsdale, an upscale bedroom community just north of New York City, and two stores in Upstate New York, one in Saratoga Springs and another in Latham, near Albany.

The Fresh Market opened in Ashburn, Va., in 2013, about midway between two giant Wegmans Food Market stores in the region and not far from a Whole Foods Market. The Fresh Market also has area locations in Alexandria and Vienna, along with about 13 others across the state.

The Altamonte Springs, Fla., store is one of six Fresh Markets in the Orlando market. The location opened in 2008 and has since seen nearby competitive openings from a Publix Super Market location three miles away and a Whole Foods about four miles away. The Fresh Market has additional stores in the region in the towns of Lake Mary, Winter Springs, Kissimmee, and Orlando (two stores).