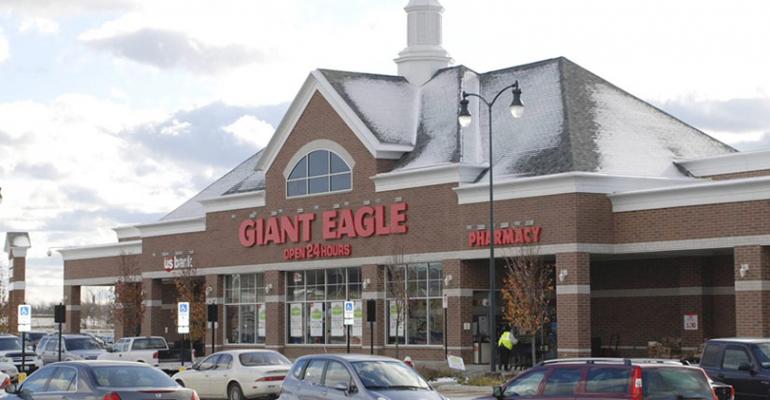 The rash of store closings announced across the department store space in recent days has largely spared food retail stores with few exceptions including Giant Eagle, which said this week it was closing five supermarkets as well as four Get Go fuel locations, and Wal-Mart Stores, reportedly closing a Chicago-area Neighborhood Market store.

Pittsburgh-based Giant Eagle said late Wednesday that it was closing five supermarkets in Ohio — two near Cleveland and three in the Columbus market. Those stores are expected to close between Feb. 4 and March 4. In addition, Giant Eagle said it was closing a Get Go location in Northern Ohio, as well as units in Altoona, Pa. and in Frederick, Md. These stores would close by Jan. 17.

The company said the closures were “difficult but necessary” decisions but did not elaborate further on the reasons behind the closures.

In Columbus, Giant Eagle was facing competition from a variety of retail banners “and fell on the higher end of the price spectrum vis-a-vis Kroger, Walmart, Meijer and obviously Aldi,” Sandy Skrovan, a Columbus-based retail consultant, told SN Thursday.

In addition, she said, each of the closing units — which date to former Big Bear sites in which Giant Eagle first established its market presence in Columbus more than a decade ago — appeared to face real estate challenges due to surrounding competitors and in one case, a lack of retail neighbors.

Giant Eagle also said this week that one Get Go location and two Giant Eagle stores would close following the opening of new Giant Eagle in Erie, Pa. set to open this spring.

Walmart officials were not immediately available for further comment.

Sears noted the 150 stores (108 Kmart, 42 Sears) set for closure generated about $1.2 billion in sales over the past 12 months, they generated an adjusted EBITDA loss of approximately $60 million over that same period.

Sprouts Farmers Market on Thursday said it would open 11 new stores during its second quarter beginning in April, including two additional stores in Florida, where the first Sprouts in the Sunshine State is set to open next month.

Sprouts said it intended to open 35 stores during the fiscal year.