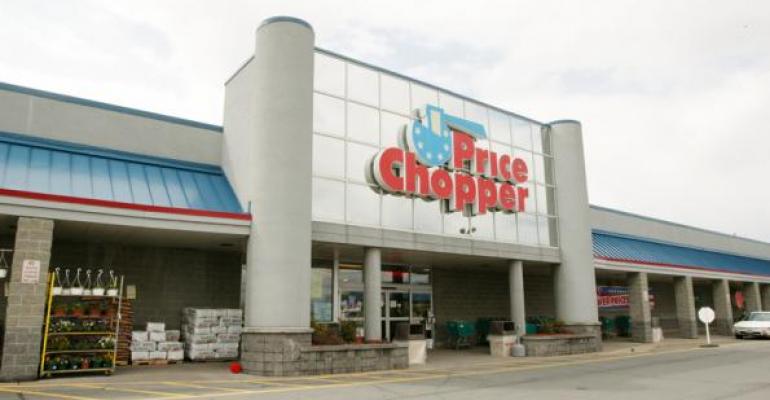 The Schenectady, N.Y.-based company operates 135 supermarkets doing business under the Price Chopper and Market 32 banners in six states. It had estimated sales of $3.7 billion in 2015, according to SN's Top 75, making it the 42nd largest food retailer in North America.

Mona Golub, VP of public relations and consumer services for the company, told SN Thursday the chain has a policy against commenting on market rumors but acknowledged it has been seeking capital partners for help in funding its transition to the Market 32 concept for several months now. She referred to the creation of a special finance committee headed by Jerry Golub, who was succeeded as CEO in January by Scott Grimmett. Grimmett then became the first non-family member to have served in that role for the 84 year-old company.

Price Chopper in late 2014 announced plans to transition the entire chain from the Price Chopper brand to Market 32, saying the change represented “a complete refocus on the core values that our customers are looking for in a store.” The plan called for re-engineering of not only the look and feel of the stores but the marketing, product selection, services offered and customer focus.

The company said then it planned to spend $300 million to transition more than half of its stores over five years.

Sources close to the situation told SN Friday that while it remained a possibility that the family could invest in partnership with an outside investor — a deal similar to the partnership with Blackstone allowing Arthur T. Demoulas buy out half-interest in the Market Basket chain two years ago — Price Chopper's financial advisors have recommended that the company sell itself.

Burt P. Flickinger III, managing director for Strategic Resource Group, New York, valued the chain at somewhere between $1.4 billion and $2.5 billion, depending on whether it sold its real estate holdings and distribution centers in addition to the stores.

Flickinger said it made sense to seek a buyer now, noting that family-run companies rarely extend beyond three generations. And while under fire from strengthening competitors — particularly ShopRite, which in recent years has expanded into Price Chopper's stronghold in the Albany Capital region, but also Hannaford, Aldi and Costco — new job growth in many of Price Chopper's geographic areas have made the stores more attractive than they might have been previously.

"Price Chopper has good market share, good programs and good stores, but with the cap-ex vision the family has, it's difficult to finance that against highly capable well-financed co-ops and publicly held companies," Flickinger told SN.

Flickinger said he felt strategic buyers would have a particular interest in Price Chopper "because they've been so superbly run for years and have a very strong position in markets that may have been viewed unfavorable 10 or 15 years ago but now would be viewed very favorably," citing Albany, New York's Hudson Valley and central Massachusetts.

Flickinger said Wakefern's ShopRite members, Ahold Delhaize's Hannaford chain, Albertsons Cos., and regional grocers like Tops Friendly Markets, Weis Markets and Big Y would all likely have interest. Tops, based in Williamsville, N.Y., just announced plans to expand in the Capital Region through Hannaford store acquisitions that were made as part of divestitures in the Ahold-Delhaize merger.