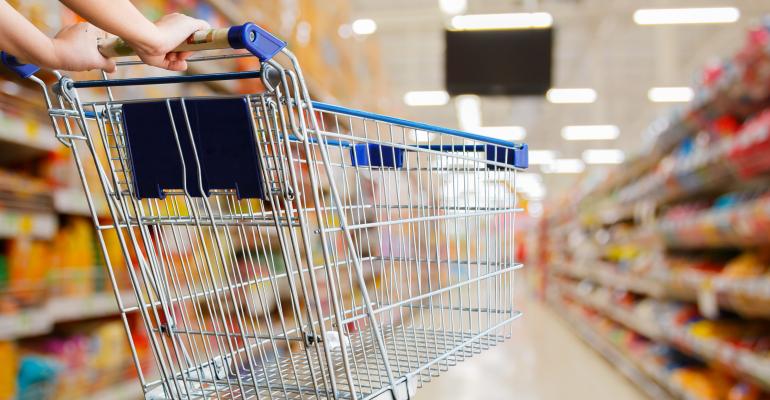 Kroger CEO sees potential for pressures to ease later in the year: report

Grocery-price inflation inched up slightly in December, but prices remained well above year-ago levels, according to the latest Consumer Price Index report.

Food at home prices rose 0.2% last month on a seasonally adjusted basis, compared with the preceding month, which marked a slowdown relative to the increases that had been seen for most of the year. Compared with a year ago, prices were up 11.8%, vs. 6.5% overall inflation for all items in the index.

In an interview with CNBC on Wednesday, Rodney McMullen, CEO of Kroger Co., said the company expects grocery inflation to remain relatively high early in the year, but to ease as the year progresses.

“There are some CPG [companies] that continue to pass cost increases through,” he said.

A good growing season for farmers around the world could contribute to easing inflation pressures, McMullen said, citing the potential that a strong supply of grain crops in particular could have.

Eggs have been one of the categories that has seen the most inflation, with prices up 11.1% in December, compared with November, after a severe avian flu outbreak depleted the hen population. Egg prices were up 59.1% compared with year-ago levels.

McMulllen said he was optimistic that the hen stock could be replenished within the coming months.

“Hopefully, there’s not another avian flu outbreak, and assuming there’s not, you would expect in the next several months the new chicks will be hatched and producing,” he said.

The overall index for meats, poultry, fish, and eggs was up 1% for the month of December and 7.7% for the full year.

Among the other major grocery categories:

A handful of meat categories saw prices decline for the full year, however, including beef and veal (down 3.1%) and bacon and related products (down 3.7%).

The index for food away from home, meanwhile, was up 0.4% in December and 8.3% for the full year.