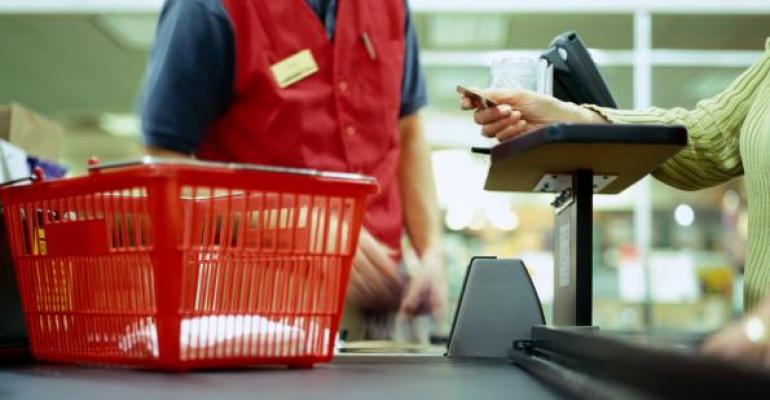 Sales at U.S. grocery stores slowed by 1.4% during November, primarily due to lower overall volumes, according to figures from IRI.

The sales decline followed months of flattish year-over-year results and accompanied a moderation in promotional intensity in comparison to recent months, according to a report issued this week by BMO Capital Markets.

That could suggest that consumers in lieu of hot deals they have been accustomed to seeing in recent months may have skipped the supermarket channel entirely and ate some meals at restaurants instead.

The IRI figures for the four weeks ended Nov. 20 showed dollar sales declined by 1.4% and volume was down by 1.3% on a year-over-year basis for the four weeks ended Nov. 20. That was the largest change since the 1.8% year-over-year increase in dollar sales during May. The IRI figures exclude Wal-Mart Stores.

U.S. multi-outlet sales, which includes Walmart, dollar stores and military commissaries, saw a similar decline of 1.4% in monthly dollar sales but a smaller decline in volume of 0.4%.

Promotional intensity was down on a year-over-year basis for the same period, IRI figures showed. The 0.1% decline from last year — reflecting fewer sales on promotion and a flat average price reduction as compared to last November —  represented “a sharp moderation from the +10-30 basis-point range in recent months,” BMO analyst Kelly Bania said.

U.S. multi-outlet promotional intensity was up slightly from last year.

The figures suggest the fourth quarter is off to a slow start at Kroger, which is expected to provide an update to its outlook while its reviews financial results for its fiscal third quarter on Thursday.

While Kroger has consistently outperformed IRI’s sales of grocery stores excluding those in the Northeast, that advantage has become volatile in recent months, Bania noted. Assuming Kroger outperforms that group by 0.7%, fourth-quarter results thus far indicates the chain is seeing slightly negative comps so far.