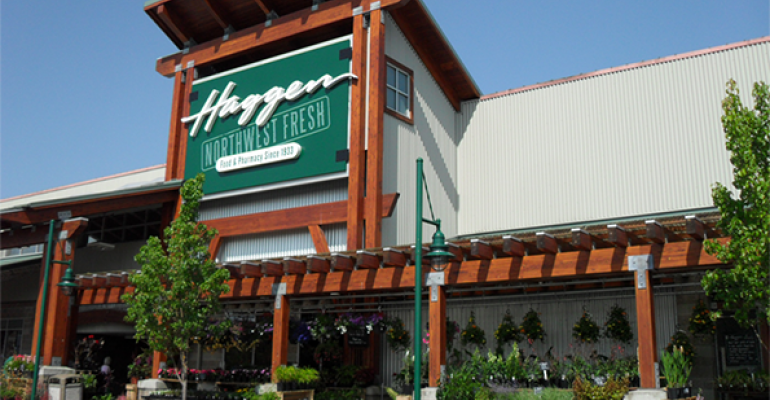 Haggen on Monday informed U.S. Bankruptcy Court of its intention to sell all of its stores, including the 32 Northwest units it initially intended to continue operating, in order to further maximize recoveries to its estate.

Haggen previously closed a number of stores and sought buyers for 95 “non-core” locations being auctioned this week. It announced separate deals with Smart & Final and Gelson’s Markets to buy 28 and six stores, respectively. Auctions for those bids are also scheduled this week.

The 32 “core” stores collectively represent Haggen’s most valuable store locations, the retailer said in a court filing, and include 17 legacy grocery stores the retailer operated before adding 146 Safeway and Albertsons stores spun off in the merger of those two brands last December.

In cooperation with Sagent Advisors, Haggen is soliciting bidders. It intends to select “stalking horse” offers by Dec. 21; receive all qualifying bids by Jan. 6; and conduct an auction of the units on Jan. 8.

The Bellingham, Wash.-based chain said its 17 legacy stores are profitable, earning approximately $25 million in annual EBITDA, and enjoy a strong brand reputation in the Pacific Northwest.

As reported previously, Haggen filed for chapter 11 bankruptcy protection in September, nine months after acquiring and converting the spun-off stores. The company in bankruptcy filings said the conversions failed in part because a lack of cooperation from Albertsons, and its liquidity dropped precipitously, triggering the bankruptcy.

Below is a list of the “core” stores up for sale. “Inc.” and “North” refer to operating divisions under the Haggen Holdings LLC umbrella. 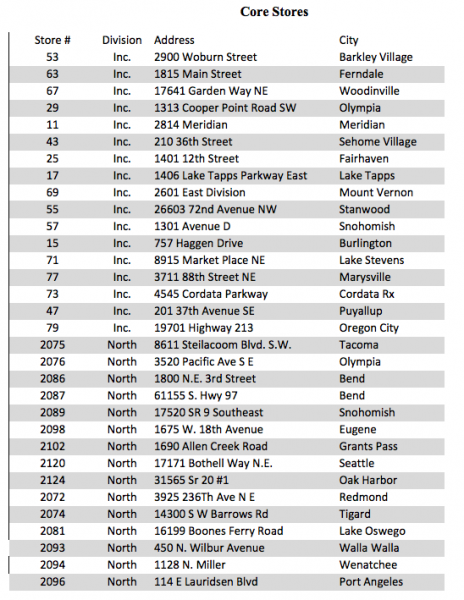 Albertsons bids for 36 stores as Haggen auctions kick off
Nov 09, 2015