Haggen Holdings will auction its remaining 33 "core stores" on Feb. 5, according to documents filed in U.S. Bankruptcy Court.

The retailer, which filed for Chapter 11 bankruptcy protection in September, said bid for the stores are due by Jan. 29. The Bellingham, Wash.-based retailer initially intended to operate the so-called Pacific Northwest "core stores" after selling units elsewhere, but said last month it would seek to sell all of its stores to raise additional funds for the estate.

The stores, located in Oregon and Washington are as follows: 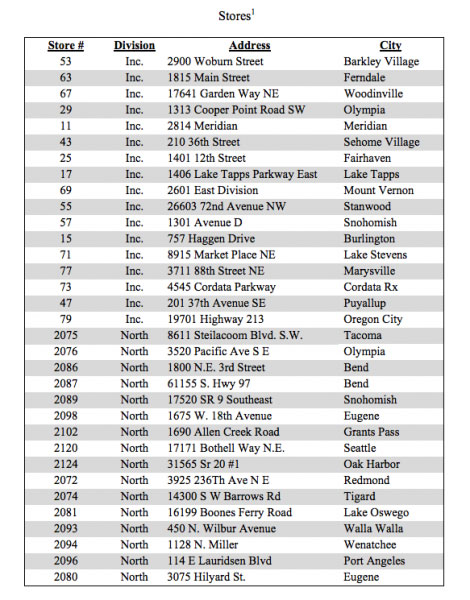