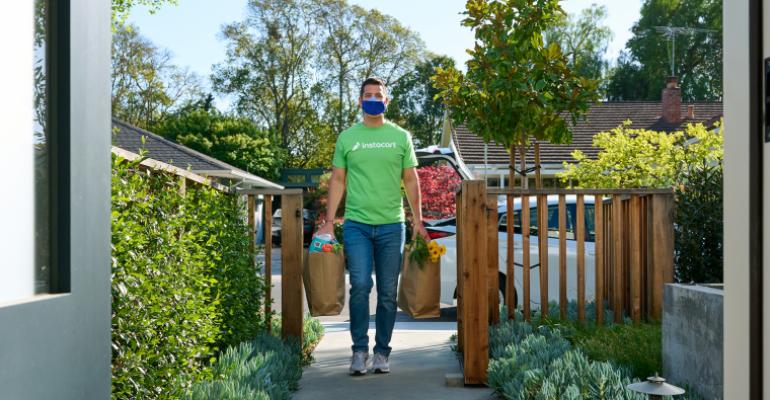 How delivery is blurring the line between retail and foodservice

The digital marketplace is reshaping how restaurants and supermarkets serve their guests.

Recent reports have suggested that Amazon is trialing a service similar to Instacart in the U.K., providing third-party delivery fulfillment to at least two major supermarket chains and same-day delivery for its Amazon Prime customers. While Amazon has yet to confirm any details, the move makes sense given the logistics giant’s capabilities and long history of operating third-party ordering and logistics networks. For grocery retailers, the potential entry of Amazon into the third-party delivery space is likely to accelerate a process already well underway, with more shopping trips starting on the phone and — from the end consumer perspective — bypassing physical stores altogether.

This evolution parallels the same process already well underway in the restaurant space, with vast numbers of independent restaurants aggregated under a handful of third-party delivery apps. While chains can drive traffic to their own apps and exert control over how their orders are fulfilled, the task of differentiation is becoming significantly harder for independents, with the process of discovery, ordering and fulfillment taking place entirely via third-party apps. Over time, this could drive significant changes in the way restaurants are conceived and constructed, with specialized, delivery-only facilities serving affordable favorites like chicken wings, noodles or pizza.

Grocery stores are also experiencing this process of aggregation. Grocery chains have numerous advantages independent restaurants do not, such as a vast existing store footprint, significant buying power with suppliers, well-developed delivery networks and powerful brands. At the same time, much of that branding advantage has been built up over decades by regular in-store interactions with frequent customers. E-commerce via third-party delivery apps threatens that connection, with individual brands less able to stand out on a delivery app with dozens of grocery options. Third-party delivery apps also continue to expand their own grocery capabilities, such as Instacart building its own network of automated warehouses or 15-minute delivery apps like GoPuff or Getir expanding their infrastructure footprint.

Above all, the new era of omnipresent delivery is blurring the line between retail and foodservice formats. As more purchases begin on an app and are fulfilled via third-party delivery or takeaway/click-and-collect, the distinction between a grocery store, a convenience store, a restaurant, or even a vending machine becomes less meaningful, as do strict demarcations between packaged and prepared food. While this has the potential to erode many operators’ hard-won competitive advantages, it also means real opportunity for those able to serve the right needs with the right offer.

In the future, more grocery retail brands will reinvent themselves as “meal facilitators,” transitioning from primarily stocking a range of packaged food and drink products with limited prepared foods to a much wider array of meal options such as meal kits, curated recipes, prepared items and restaurant meals. One example of this evolution is Kroger’s recent move to partner with ghost kitchen operator Kitchen United to offer delivery and takeaway options within Kroger stores. Grocery retailers will look to leverage their vast outlet footprints, central locations and potential supply chain advantages in a future increasingly defined by delivery and prepared meals. Speed and affordability remain key differentiators in this new era, and grocery retailers’ existing assets, which often include central kitchens supplying a wide array of prepared meals daily, could prove real advantages. The addition of expanded takeaway options within stores could help to preserve daily foot traffic, allowing the in-store experience to continue to drive branding while also leveraging smartphone ordering for rapid delivery. 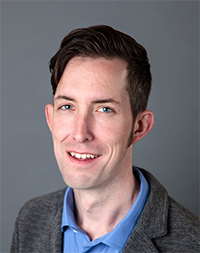 Michael Schaefer is the global lead of food and beverage at Euromonitor International. He provides insight on consumer trends, product innovations and the evolution of eating and drinking from around the world. Michael is the primary driver for design, development and promotion of Euromonitor’s global restaurant research program, as well as its coverage of the global non-alcoholic drinks industry. He has been quoted in Bloomberg, Nation’s Restaurant News, The New York Times and The Wall Street Journal, among others. Michael holds a Master of Arts in Russian and East European Studies from Stanford University and has been at Euromonitor since 2005.