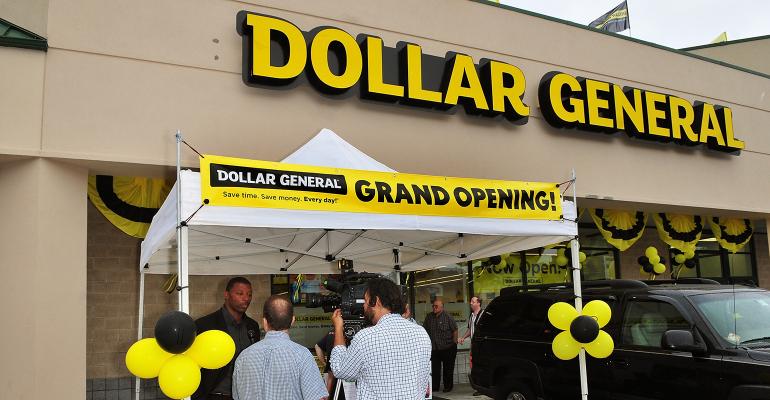 Dollar General Corp. can thank the aggressive hurricane season for besting analyst expectations when it comes to same-store sales during the third quarter, which ended Nov 3.

The retailer notched a 4.3% increase in the category compared to a projection of only 2.5% from Barclays.

While Barclays guessed that the particularly harsh storms and the store closures that they caused would hamper sales and margins, Dollar General CEO Todd Vasos painted a different picture during Thursday’s earnings call.

“Same-store sales for the quarter benefited by an estimated 30 to 35 basis points from incremental sales due to the hurricanes,” he said.

The Tennessee-based retailer plans to build on this growth with significant investment in real estate. The company has plans to execute about 2,000 projects, including 900 new stores, 1,000 store remodels and 100 relocations in fiscal 2018.

The stores currently range in formats from 3,500 square feet to 16,000 square feet, which Vasos said allows the brand to accommodate various neighborhoods and territories, especially its new ones.

“We are seeing that our brand is resonating in geographic areas that are new to us,” he said. “Some of our highest sales performance is coming from areas where we historically have not had a presence.”

Of the planned remodels, about 400 will be outfitted in the Dollar General traditional plus format. This layout includes 34 cooler doors, which expands the store’s perishable selection.  “Our cooler door expansion has proven to drive baskets and trips with our customer base, while also attracting new customers with the expanded offering,” Vasos said.

Vasos estimated that 75% percent of the U.S. population will be within five miles of a Dollar General location by the end of fiscal 2017.

To continue driving sales into these stores and reach new shoppers, the company hired Rob Scruggs as its first ever chief digital and customer engagement officer during the quarter.

“This position should help accelerate our digital strategy as we continue to develop resources to personalize offerings for our customers to save time and money” said Vasos.