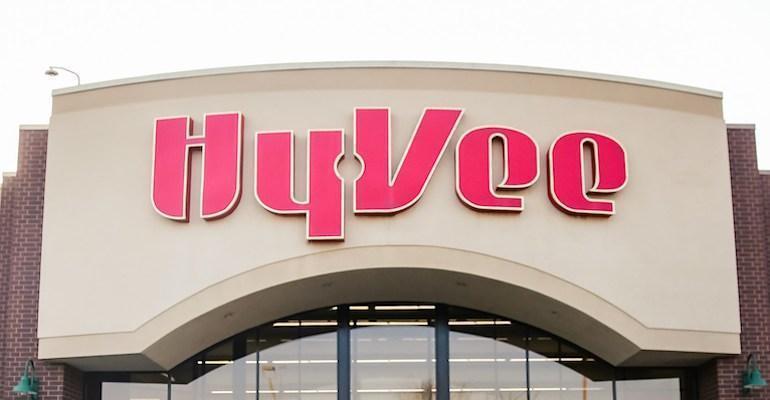 Hy-Vee
A 150,000-square-foot store in Zionsville, Ind., will be one of the first new locations as part of Hy-Vee's entry into Indiana, Tennessee, Alabama and Kentucky.
News>Retail & Financial

As part of a multistate expansion, Hy-Vee plans to enter Indiana with a massive store in Zionsville, a suburb just north of Indianapolis.

Hy-Vee said Wednesday that it aims to open an approximately 150,000-square-foot store, including a pharmacy, at the southwest corner of Whitestown Parkway and S. County Road 700 E. in Zionsville. Currently, the West Des Moines, Iowa-based food and drug chain is finalizing plans to secure about 26 acres at the Indiana site and conducting due diligence for the location.

“As Hy-Vee continues to grow and evolve, we have so much to offer consumers across the U.S. that we knew it was time to expand our footprint even further,” Chairman and CEO Randy Edeker said in a statement. “As customers’ shopping habits change and their needs evolve, we have services and offerings that we believe will bring an entirely new retail experience to those in Indianapolis.”

Hy-Vee noted that the Zionsville store will be one of the first locations to open outside its current eight-state Midwestern market area. Early this month, Hy-Vee confirmed published reports that it planned to expand into Indiana, Tennessee, Alabama and Kentucky. Just before the new year, the retailer had sent out press invitations with “news about us coming to several new states.”

According to a report last month by the Des Moines Register, Hy-Vee is slated to build a new distribution center to supply seven new stores in Indiana, Tennessee, Alabama and Kentucky opening in 2023, part of more than 20 new stores expected to open over the next four years.

Besides the Zionsville, Ind., store, the first new locations include four stores in Tennessee (two in the Nashville area and one apiece in Knoxville and Memphis) and one each in in Huntsville, Ala., and Louisville, Ky., the Des Moines Register reported. The expansion would stretch Hy-Vee’s market area from states on the Canadian border (Minnesota) to the Gulf Coast (Alabama) and extend the retailer’s footprint into the Southeast.

Hy-Vee didn’t provide an expected opening time frame for the Zionsville store but said additional details on the new location are forthcoming.

“We are excited that Hy-Vee has chosen Zionsville as a location to put down new roots,” Zionsville Mayor Emily Styron stated. “With their commitment to quality of service, variety of products, selection of healthy food and an in-store pharmacy, Hy-Vee will benefit Zionsville residents, our neighboring communities and visitors. We are grateful for the collaboration with the Hy-Vee team and welcome them to town.”

Currently, Hy-Vee operates more than 285 food and drug stores under a range of formats in Iowa, Illinois, Kansas, Minnesota, Missouri, Nebraska, South Dakota and Wisconsin. The company generates annual sales of over $12 billion.