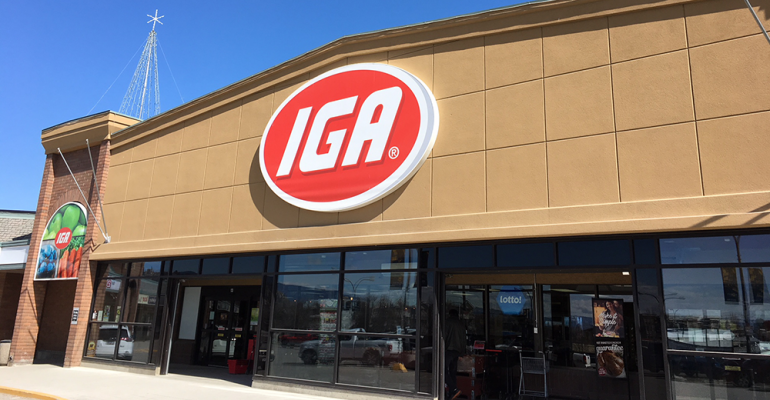 IGA learns from its past, and forges ahead

Since 1926, the Independent Grocers Alliance (IGA) has been offering member grocery stores the ability to better compete in the marketplace, while at the same time allowing them to stay true to who they are—hometown store owners meeting the needs of their local communities.

For the past 18 months, IGA has been headed by CEO John Ross, who joined the association from Inmar, where he served as chief marketing officer. He spoke with SN at last month’s National Grocers Association show in San Diego. Here are excerpts from that conversation.

Let’s start by talking about your transition into the role, and what you’ve experienced since taking over. 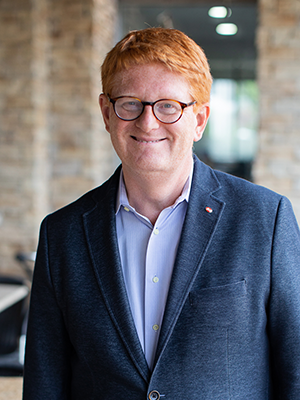 It’s the coolest job in the world. We’re a very complex business, because we’ve got 1,100 stores domestically, 6,000 globally.

So you’ve got much more globally than U.S.?

Isn’t that fascinating? It’s often the biggest surprise because people know IGA as this 100-year-old venerable brand. And this company was created because people were afraid of the big national chains, and the chain they were afraid of was A&P. Today, A&P doesn’t exist and IGA does. None of those original founders could have imagined a 6,000-store, $37 billion operation, it would not have been in their conception. Globalization and a lot of other factors have helped to create this really cool company.

In the past 20 years, all the growth has been international. Domestic has been challenged, for a lot of reasons.

The reasons have to do with the way the industry is transforming, where you have to ask what business am I in. In the early days of retail for most retailers, we’d say we were in the logistics business, we’d bring stuff in, we’d put it on our shelves and move it out  and whoever could do that at the lowest cost could make a lot of money. You’d try to manage our service levels as best you can, and inventory turns defined a great retailer.

Today if you think about what business we’re in, we’re in the solutions business, we’re in the restaurant business. We’re in the health and wellness business. The industry itself has become more complex because the consumers are more demanding.

And how do retailers respond to that?

What do the successful stores have in common?

What’s fascinating about it is that when you visit those stores, retail is never just one big thing. It’s often a lot of little things that stack up and add up to a big change.

For instance, I go through and go, could you guys make pizza? Could you do a soup program? Could you do sandwiches? Oh wait, we’re a grocery store! All those ingredients are already in the store! I tell them, you can do a soup program way better than Panera. It doesn’t require a baker or a butcher, you can train anyone to mix those ingredients together.

The little steps that you see, the retailers that have the highest comps, the things that you see them doing in those stores, those steps are something any retailer can do.

What else have you seen out in the field?

If you’re running a three-store chain someplace, you’re running your business. And these are savvy merchants, savvy entrepreneurs, but they are also running a small business, so how do they lift their head up out of that business and how do they identify these trends? That’s what an alliance should be.

So I came back after the first few months out there visiting stores really optimistic, thinking about the opportunities for the independent because the good ones are really thriving. And I wasn’t discouraged because I’ve certainly worked in an environment where you see what you need to do in order to change. And it’s massive investment capital, you have to completely redo your business in order to compete.

And you think about other kinds of retail that I wouldn’t want to be in, like I wouldn’t want to own movie theaters right now. Like, how do you fix that? But our business: You’ve never had a generation of human beings more passionate about food and health and wellness ever before. 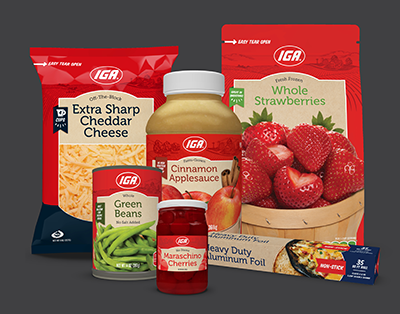 Explain that a little bit more.

It’s farm to store to table. Suddenly consumers in our area of retail are concerned about supply chain. Very rarely does someone come in to a Home Depot and ask where did the lumber come from. How far away from my house was this grown? They don’t care. But in this business, all of a sudden that’s become very important to the consumer.

If you’re a local or hyperlocal business, you’re already doing what they want you to do. We’ve just got to make sure that our brand tells that story.

How is IGA doing that?

What we’ve done at IGA is launch the new tagline, “Local equals fresh.” Local retailers working with local farmers because local equals fresh. We’re bringing the famer into our stores, we’re doing signage. A lot of the retailers have done this over the years, but they did it all on their own. They did it without support. Now we’ve got a whole visual merchandising system, we’ve got signs, we’ve got all these things.  But even that’s not as important as this other insight that I had, is that we are really terrible self-promoters. The culture is humble.

Think if you went to a local restaurant and you’re reading through the menu, imagine what it might say. “We buy only the freshest potatoes from Anderson Farms…” it’s organic, it’s whatever.

They would romance what they make, in a way that would make that food look cool and look sexy and worth $15 a plate.

If they’re making incredible cakes and they’re sticking them in the same plastic shell that the contract bakery uses, then the shopper will not know what came from a factory and what came from your own store. Let us give you some wrapping, some branding, some stickers, some devices and some signs to tell your story.

If you’ve got a real butcher back there cutting meat fresh every day and you don’t tell people why that is an advantage, here’s a whole system for you to tell that story.

Let’s tell our story, let’s do it in a cohesive way and let’s let the brand stand for what people already believe we should be. Which is more local than anybody else. Let’s do that.

How do the retailers and IGA go about doing that?

Modern technology. We had to make investments in digital and social media, and online advertising, so today versus a year ago, we have a national digital ad that’s getting millions of impressions every week, we have a system for our retailers so that they can communicate via email, and it’s not just price and item, it’s also our story.

The thing that happens when you’re building your promotional schedule as a retailer is you spend so much money on just a piece of print, that you want to squeeze every sale out of it you can get. You go back and look at five years of it and realize you never told people about your local baker or butcher or the fact that you make these cakes fresh. You know it, maybe the people in your store all the time know it because they’ve shopped here for 25 years, but no one else in the community could know that. So we’re trying to give them these tools on top of whatever else they’ve been doing. We tell them, keep running your ad the way you’ve done it, I’ll run an advertising layer on top of it, I’ll buy the social media, we’ll put these programs together, so we can tell our brand story over and over and over again.

How do you judge the success or failure of stores?

There’s always been a scoring system, so if you sign up for IGA, one of the things you get is benchmarking. So they send raters in and they send you a score back on how your store performed and you can use that to improve your store and that’s how we pick our winners every year for best retailer. The best retailers should get rewards, right?

What we never did with that score, we were really reticent to fire retailers. We perhaps inappropriately let our caring culture let some retailers hang around the IGA franchise for too long. This year one of the hard things that I had to do was make a decision to tell some retailers, if you don’t improve you’re going to lose the mark. The vast majority of stores went, “Whoa!” but that’s what we wanted. We wanted to be kind, but if you want to grow the brand you also have to be honest with yourself about the bottom-performing stores.

In any system you have stores that are just not going to make it and we need to shut this thing down. And there’s always going to be some of that in the system.

Sometimes when I worked in the independents, you get somebody who’s gotten to the point that they want to harvest their business, and they’re not as interested in running it. That’s okay, go harvest it, go close it down, go sell it, pass it to your kids, whatever. So you have some of that in the system all at the same time, and there’s going to be some natural turn or the forced turn that I created, where I said, “We’re going to be honest with ourselves and tell these stores to leave.” And we did tell some stores to leave. And despite both those things, we grew last year. I’m really encouraged by that.

We grew domestically, we grew internationally. Our pipeline right now is really, really strong and encouraged by what’s happening.

Our mission is to help retailers win. If we bring in extra dollars over our expenses, we spend them on media or new services or whatever. It’s all designed to help the chain move.

We’re not a co-op, we don’t charge a big fee and then give you a rebate at the end of it. And we’re not a franchise, there’s no percentage of sales.

For less than $500 a month depending on number of stores, the retailer gets access to the marks, they get the private label, they get the digital tools, they get the training library. The list of benefits is really long.

We get stronger as we grow. The more we act like a national chain, the more we can leverage our collective voice — whether that’s negotiating media costs, or negotiating better technology.