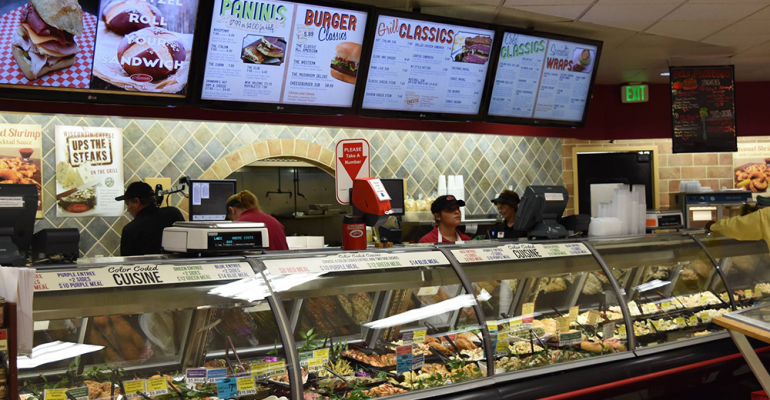 Rising competition and costs, along with lackluster customer spending, squeezed financial results for independent grocery store operators last year, according to a report from the National Grocers Association (NGA).

Same-store sales for independents dipped 0.6% in fiscal 2017, according to the 2018 Independent Grocers Financial Survey released Tuesday by NGA and financial consulting partner FMS Solutions Holdings. The slight decrease, however, marked an improvement from fiscal 2016, when comparable-store sales fell 1.62% year over year.

In 2017, sales were down for 50.7% of independent grocers, said the study, which gauged results from 139 companies in 35 U.S. states and five Canadian provinces. Adjusted for deflation, comp-store sales tailed off 0.4%, similar to results in 2015 and 2016, NGA noted.

“While the economy picked up pace in 2017, consumer spending at the grocery store remained subdued. Shoppers held on to money-saving measures, and competition for the grocery dollar continued to be fierce,” the report said.

Average food-at-home prices were 0.2% lower in 2017 than in the previous year, according to data from the U.S. Bureau of Labor Statistics. The NGA report said deflation was sharper in the early part of 2017 but monthly food-at-home prices improved by December, providing some margin relief. Still, intense price competition by large supermarket chains and discounters flattened out margins. Total store gross margin came in at 27.23% for the year.

Market conditions hoisted costs for labor and benefits, rent/CAM, utilities and supplies, NGA reported. Total expenses were 27.94% for 2017, and the study noted that labor and benefits remained the biggest costs, reaching a new record of 15.16% of sales. Profit leaders had below-average expenses across all line items.

With decreased dollar sales, flat margins and higher expenses, the independent grocery sector saw net profit before taxes decline to 0.09% in 2017 from 0.98% the year before. EBITDA (earnings before interest, taxes, depreciation and amortization) also fell to 1.4% from 1.85%, yet NGA’s report said that result shows that independents remain cash-flowing.

“The profit leaders averaged 3.06% in net profits, down from 4.70% in 2016 — underscoring that the tough environment impacted all independents,” according to the study. “The profit leaders tend to operate slightly larger stores that averaged a greater number of weekly transactions, at a higher transaction size. Profit leaders focused on managing inventories, averaging lower shrink and higher turns across departments. They showed a high probability to reinvest into their businesses while minimizing long-term debt.”

Independent grocers cited competition — primarily from conventional supermarkets and supercenters — as their chief concern in growing sales and profits, followed by hiring and employee retention (in light of the low U.S. unemployment rate) and health care costs and compliance.

“Independents have always faced stiff competition from other retailers, especially big chains and discount warehouses,” FMS President and CEO Robert Graybill said in a statement. “Now they’re competing with e-commerce, home delivery and meal kits. But our study has shown that independents are able to adapt where they’re able and embrace their strengths over these new formats.”

Despite burgeoning competition, independent grocers’ margins were slightly ahead of where they were a year ago, NGA pointed out. The survey also revealed that 71% of respondents were more optimistic about the future of their businesses.

“There’s no doubt that the supermarket industry is changing at a rapid pace. However, independent grocers have faced industry shifts and challenges in the past and have proven resilient,” said NGA President and CEO Peter Larkin. “They are the entrepreneurs of the industry and have the ability to experiment and adjust as needed to meet their shoppers’ needs.”