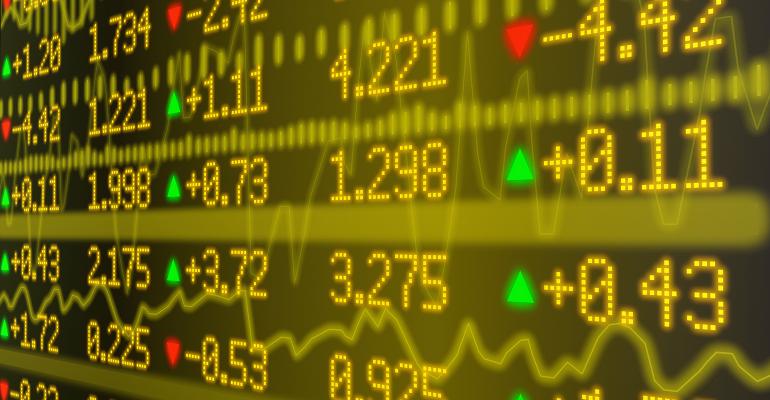 Despite sharp gains for the Dow Jones Industrial Average and the S&P 500 Index amid optimism about business-favorable policies and infrastructure spending under the Trump administration, supermarket and wholesaler stocks veered in the opposite direction.

“There has been some basic rotation into industries that are perceived to be beneficiaries of any potential stimulus spending or infrastructure investment by the new administration,” said Chuck Cerankosky, an analyst with Northcoast Research, Cleveland. “Secondly, I think we had a meaningful pickup in new store development and store expansions, and maybe it snuck up on the industry in a way that while there was some deflation out there, chains were fighting to get sales and customers to their new space, and it put pressure on margins and in turn on earnings.”

Phoenix-based Sprouts Farmers Market was a notable exception to the downward trend in food retailing stocks, as the natural-and-organic specialist saw its share price spike 22.1% in the first three months of 2017, to $23.12, after a report that the company had held preliminary merger talks with Albertsons Cos. Neither company confirmed the report.

Cerankosky said Sprouts may be able to maintain a higher valuation with a strong first-quarter earnings report next month.

“If not, and the takeover speculation goes away, then the stock price pulls back,” he said.

News also resuscitated the share price of Canadian retailer Empire Cos., parent of the Sobeys chain, whose share price had plummeted last year in wake of its struggles to improve the performance of the Safeway stores it acquired in Western Canada. In January, Sobeys tapped Canadian Tire veteran Michael Medline as president and CEO to spearhead a turnaround effort.

Despite posting a weak fiscal third quarter in March, Empire’s stock maintained an upward trajectory through the first quarter and closed nearly 30% higher for the calendar year-to-date, at $20.32.

Walmart, which in February posted its best comparable-store sales performance in four years and continued to make inroads in e-commerce, also saw gains in the first quarter, with its stock up 4.3%, closing at $72.08. The company posted fiscal fourth-quarter comps of 1.8%, versus expectations of 1.3%.

Costco’s stock also saw gains in the first quarter, up 4.7% to $167.69, and the company continued to drive both dollar and tonnage gains with sharp pricing on deflated grocery items.

“Sales decelerated middle two quarters of calendar 2016, then things began to pick up in the latter part of the calendar year, which I think gave investors a fair amount of relief that the warehouse club retail model continues to attract new customers and excitement and discretionary spending,” said Cerankosky.

Kroger Co., which posted its first negative identical-store sales performance in 13 years in February, was among the sharpest decliners, losing 14.5% of its value, to $29.49. The Cincinnati-based retailer posted a same-store sales decline of 0.7% for the fiscal fourth quarter and predicted flat-to1% growth in same-store sales for the full year.

Bill Kirk, an analyst with RBC Capital Markets, last month raised his outlook for Kroger, however, citing the expected abatement of food-price deflation that has suppressed sales growth in the industry for the past year.

Target Corp. was also sharply down, as the mass merchant outlined a strategy to invest $1 billion in margins in 2017 and return to its roots as an EDLP retailer. Its stock was off 23.6% for the first quarter, to $69.12.