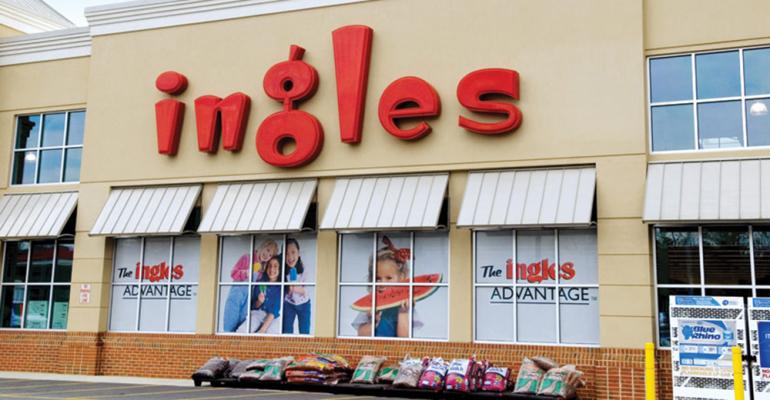 Ingles gets Q4 boost from hurricanes

Ingles Markets received a boost from hurricane-related sales in the fourth fiscal quarter, which helped the company drive higher revenues from fewer stores in fiscal 2017, the company said in its 2017 annual report last week.

The Asheville, N.C.-based chain reported comparable-store sales gains of 3.6% for the fourth quarter and 1.5% for the full fiscal year, which ended Sept. 30. Both results exclude gasoline sales, which were also higher in the most recent year.

In addition to an unspecified boost from the storms that hit the Southeast in September, Ingles attributed the sales gains in part to the introduction of new products, improved product presentation and effective promotions.

Although the closely held company did not make specific predictions for its 2018 performance, it said it expected non-gasoline sales would increase in fiscal 2018 from the addition of “one or more” new stores, interior improvements to some existing locations and the addition of fuel centers.

Ingles said it has improved the layout and product offerings in several stores during the past three fiscal years.

“Economic conditions have improved to the point that the company has accelerated the increase and improvement of its total retail square footage,” Ingles said in its 10-K filing with the Securities and Exchange Commission.

“Our company achieved strong results due to the hard work and dedication of our associates,” Robert P. Ingle II, chairman of the company, said in a statement. “We will continue to bring our customers products they desire and flawless service in our stores.”

Ingles also said labor continued to tighten in the markets where it operates. The company said salaries and wages increased by $27.4 million, or 0.68% of sales, in the most recent year, compared with fiscal 2016, as it added labor to accommodate increased sales and changes to the sales mix.

According to a Seeking Alpha report from Lighthouse Research, Ingles’ $4 billion in sales for the year exceeded analyst expectations by 2.8%, while EBITDA of $238 million exceeded expectations by 3.9%.

“Following the publication of annual results, we are even more convinced on the positive prospects for Ingles Markets and, as the result, on creating value for bondholders,” Lighthouse said in its report.