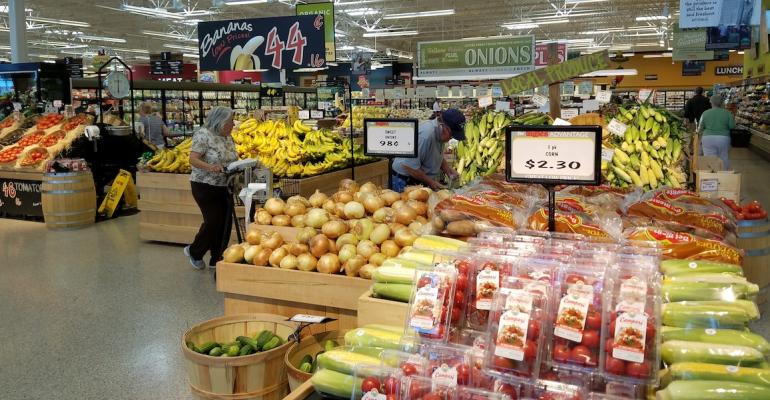 Ingles sales up in 3Q, profits down on higher costs

Higher expenses due to building and sales initiatives triggered a 7.2% decline in net earnings for Ingles Markets in its fiscal third quarter, the retailer said Thursday.

Sales for the period, which ended June 25, increased by 1.2% to $957.2 million and were negatively affected by decreased per-gallon gas prices and by the shift of Easter holiday sales to the second quarter this year vs. the same period a year ago.

Excluding the Easter shift and gasoline, comparable-store sales increased by 2.6%.

“We are pleased with this quarter’s sales growth and our store base capital investments that will benefit future periods," Robert P. Ingle II, chairman of the Asheville, N.C.-based retailer, said in a statement.

Ingles said it incurred expenses related to preparing properties for redevelopment into new stores, including costs to tear down and write-off the properties. Those expenses adversely affected net income comparisons.

Operating and administrative expenses for the quarter totaled $199.4 million, compared with $190.7 million last year. Ingles said most of the increase was due to higher personnel and other costs incurred to increase sales. Losses from asset disposals totaled $1.6 million.