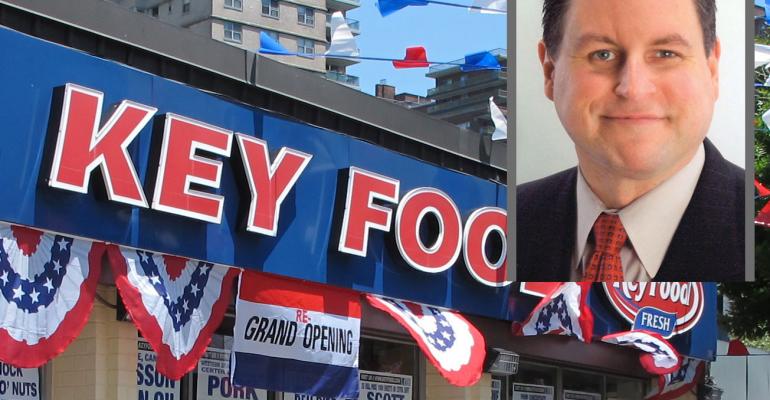 It’s one thing to be the largest grocer in New York City, and quite another to put that into perspective.

Key Food Stores Co-operative pleaded with vendors and others in the industry to understand the magnitude of its home market’s buying power, noting that if New York’s five boroughs were cities unto themselves, four of them would count among the 10 largest cities in the U.S. “This is a very big marketplace,” Dean Janeway, Key Food’s CEO, said during the retailer’s annual vendor summit. “It’s huge.”

But because of New York’s fragmented retail market share, its high level of cultural diversity, and its prevalence of independent grocers, New York is a market that has also been overlooked by vendors, Janeway argued.

According to Key Food’s figures, independent grocery stores are now the largest single market share holder in New York’s five boroughs and Long Island, with 15% dollar share and 41% of its total stores. Key Food is next with 9% dollar share.

“The problem is that [New York] is largely independent driven, and it’s not measured, so manufacturers have been reluctant to invest in this marketplace,” Janeway said. “This has been an underfunded market — forever.”

As a means of fighting for its share of trade funds afforded smaller but more easily understood marketplaces, Key Food urged vendors to consider the five boroughs of New York — with a population of 8.4 million and growing — in context of the larger New York metropolitan area as defined by syndicated data groups like IRI and Nielsen. That area, which includes surrounding counties in three states, totals around 18.5 million in population, Janeway noted.

“We’re trying to shrink the way the market is measured,” he said. “I’m not saying we’re not getting funded, but that the market in general is underfunded.”

Key Food said it was partnering with IRI to create a New York City-centric market report to illustrate the opportunity to vendors, that should be ready some time next year.

Key Food is also helping to get vendors to understand the diversity and changing nature of New York’s population, noting for example that Millennials will make up more than half of the city’s workforce in five years, and that Asians make up nearly a quarter of all of the 2.3 million residents of Queens.

“A lot of manufacturers are coming out with products that can meet different ethnic needs,” Janeway said. “This is the place to do that. This is a place where you can influence your volume.”