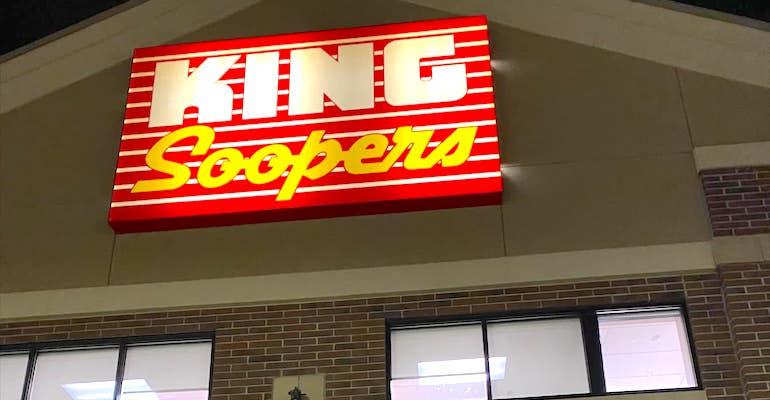 Both sides announced the preliminary accord Friday morning. UFCW Local 7 said ratification votes on the tentative pact are slated to begin on Monday, Jan. 24, with final details of the contract to be released in the coming days.

UFCW 7 began the strike early in the morning on Jan. 12 after rejecting what King Soopers/City Market called its “last, best and final offer” for a new contract. The previous labor agreement had expired as of midnight Jan. 9.

More than 8,000 unionized workers participated in the strike at 78 King Soopers and City Market stores in greater Denver, Broomfield, Parker and Boulder, Colo. UFCW 7 initially said the action would last three weeks, until Feb. 2, and that stores in Colorado Springs also might be picketed at a later date.

Overall, King Soopers/City Market has more than 22,000 associates and operates 117 supermarkets in Colorado and Wyoming. 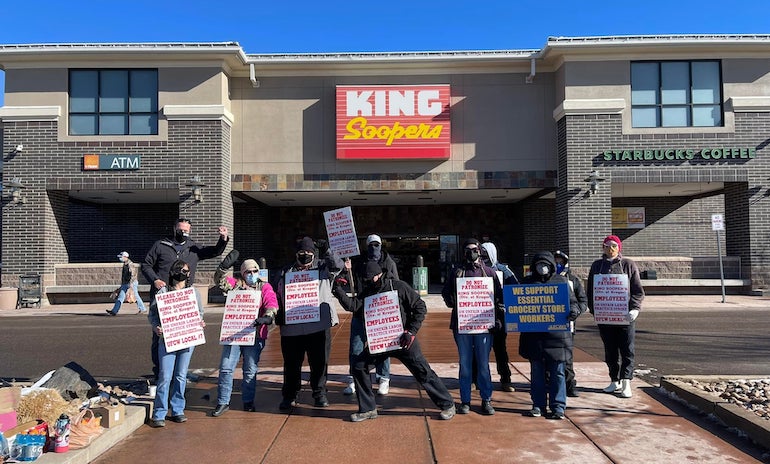 The strike began on Jan. 12 after negotiations broke down and UFCW 7 and King Soopers/City Market weren't able to return to the bargaining table.

With the agreement in principle on a new three-year contract, the strike ends immediately, and workers can return to work as soon as today, according to UFCW 7, which represents about 17,000 King Soopers/City Market employees, including meat and deli workers and clerks.

“After months of negotiations and after our members walked out on strike, we have reached a tentative agreement with King Soopers/City Market that addresses the company’s unfair labor practices and ensures that our members will receive the respect, pay and protection they warrant. This fight will always be about the workers. I could not be prouder of our members who put it all on the line to have their voices heard,” stated Kim Cordova, president of Denver-based UFCW Local 7 and vice president of UFCW International.

“All of us at Local 7 are proud to fight on behalf of our members who show up to work every day, keeping shelves full to feed their communities through this ongoing pandemic while barely making ends meet to feed and provide for their own families. We didn’t ask for this fight, but the company chose to put profits over people for so long and failed to listen to the workers who made its success possible,” Cordova added. “Now our members have the contracts they deserve and can be proud of.”

The strike came after talks collapsed between King Soopers/City Market and UFCW 7, as each side charged the other with unfair labor practices and wasn’t able to return to the bargaining table.

UFCW 7 claimed King Soopers/City Market engaged in “bad faith at the bargaining table” as the union has sought to address low wages, reduced benefits and worker safety issues, namely COVID-19 protections. UFCW 7 also had filed a breach-of-contract lawsuit against King Soopers, charging the grocer with enlisting third-party staffing services to hire workers in its stores and using them to perform bargaining-unit work. 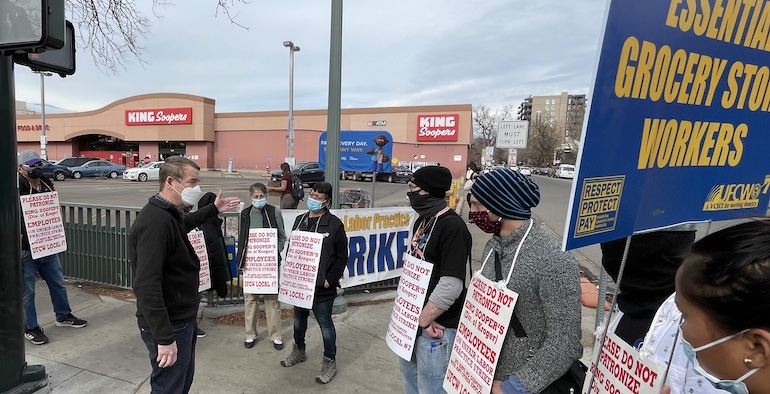 On Jan. 11, King Soopers/City Market announced that UFCW 7 rejected its offer to bring in a mediator to facilitate contract talks. The retailer said it also filed unfair labor practice charges against UFCW 7 for “refusing to bargain in good faith,” citing the union local’s decision to strike.

The tentative contract agreement came when tension between the two sides appeared to have escalated. Negotiations resumed on Jan. 15 but made little progress. On Jan. 18, King Soopers/City Market obtained a temporary restraining order against UFCW 7 after claiming the union engaged in unlawful picketing. Then on Jan. 20, U.S. Sen. Bernie Sanders (I., Vermont) sent a letter to Rodney McMullen, chairman and CEO of King Soopers parent The Kroger Co., urging the company to improve wages, benefits and safety for King Soopers/City Market workers represented by UFCW 7.

“Your workers in Colorado tell me they have worked hard and been loyal to your company. Some have worked for your stores for 15 or 20 years and earn less than $20 per hour,” Sanders stated in the letter. “It is time for Kroger to go back to the negotiating table and reach an agreement with the union that is fair and that treats grocery store workers with the respect and the dignity that they deserve.”

In its latest proposal, King Soopers/City Market said it’s offering $170 million in new wages and one-time ratification bonuses, with associates getting a nearly 22% pay hike on average over the three-year contract. Additionally, King Soopers/City Market said it will continue to contribute $29.3 million annually to the pension plan and that it has boosted its health care benefits offer by $6 million to nearly $19 million over three years, on top of $72 million per year that the company already contributes to health coverage.