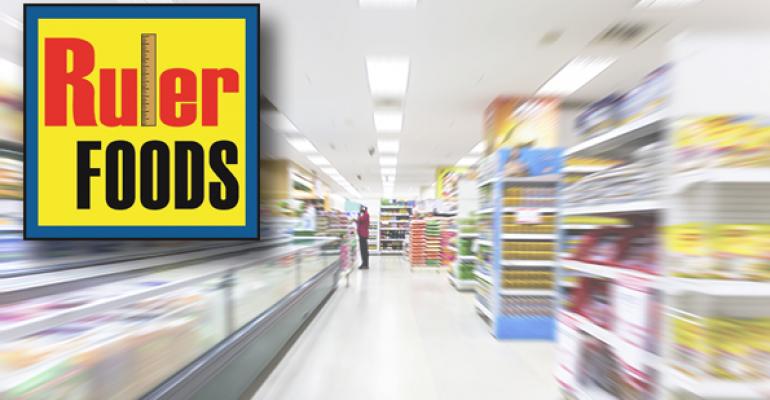 Kroger Co. is ultimately looking to either learn from or expand its hard discount chain Ruler Foods, said Michael Schlotman, Kroger SVP and CFO, at the Goldman Sachs Global Staples Summit in New York on Tuesday.

“If it’s not a format we should have in our arsenal and roll out in a bigger way, it’s certainly a format we should understand. An entity we merged with in the early 2000s, JayC [Foods Stores] had a few of these so we decided to expand it and see what we could make of the model, understand how the model works,” said Schlotman.

“The jury is still out a little bit on is this something we’re going to roll out. We do have in the mid-30s of them now. We continue to push into some new geographies with it. The learnings are interesting.”

Kroger, headquartered in Cincinnati, has learned that customers will drive long distances in order to take advantage of the format’s lower prices, said Schlotman, noting that an Evansville, Ind., location had customers driving from southeastern Illinois.

“If nothing else it tells you there’s a lot of people very stretched for a budget and it may not make sense for them to drive that far, but you typically would see a van with three or four families in it all coming in one van to shop four or five families at a time.”

Kroger is working on many other tests, he said, including one that links convenience store and grocery store business through a shared fuel rewards program. The program started in Wichita, Kan., and Schlotman said that tests are ongoing in other markets.